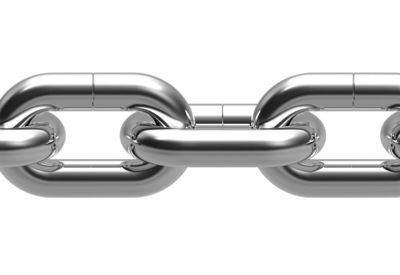 All a person’s ways seem right in his own opinion, but the Lord evaluates the motives.  NET

People think that whatever they do is right, but the LORD judges their reason for doing it. ERV

Introduction: It is a human trait to evaluate and/ or judge other individuals based upon their actions. We often ignore anything deeper in a person other than a specific action or actions; or, we lack the ability to accurately “read” the individual and to decipher his or her motive or motives.

The Bible is clear that The Lord not only considers our actions, but He also weighs our motives.

But God told Samuel, “Looks aren’t everything. Don’t be impressed with his looks and stature… God judges persons differently than humans do. Men and women look at the face; God looks Into the heart.”  THE MESSAGE

But I, the Lord, search all hearts and examine secret motives. I give all people their due rewards, according to what their actions deserve.  N LT

Combinations of ACTIONS and MOTIVES

There are actually four possible combinations of actions and motives. Let us consider the following chart.

Let us consider each of these possible combinations.

The normally mild-mannered Moses allowed his frustration to prompt him to override the command of The Lord. It was a fatal mistake. The Lord’s judgment was severe. Both Moses and Aaron were denied entry into the Promise Land because of this wrong action and the accompanying wrong motive.

This ought to be a wake-up call to each and every follower of The Lord Jesus Christ! We cannot just do what we wish to do, when we wish to do it and think that The Lord will ignore it. It is imperative that each of us be obedient to the Word of the Lord!

1 David again gathered all the chosen men of Israel — thirty thousand of them.

2 Then he and all his people went to Baalah in Judah to bring back the Ark of God. The Ark is called by the Name, the name of the Lord All-Powerful, whose throne is between the gold creatures with wings.

3 They put the Ark of God on a new cart and brought it out of Abinadab’s house on the hill. Uzzah and Ahio, sons of Abinadab, led the new cart

4 which had the Ark of God on it. Ahio was walking in front of it.

5 David and all the Israelites were celebrating in the presence of the Lord. They were playing wooden instruments: lyres, harps, tambourines, rattles, and cymbals.

6 When David’s men came to the threshing floor of Nacon, the oxen stumbled. So Uzzah reached out to steady the Ark of God.

7 The Lord was angry with Uzzah and killed him because of what he did. So Uzzah died there beside the Ark of God.  NCV

The Lord became angry with Uzzah, so God killed him there for his lack of respect. He died beside the ark of God.

“the Levites bare the ark of God upon their shoulders”

“When ye see the ark of the covenant of the Lord your God, and the priests the Levites bearing it, then ye shall remove from your place, and go after it. Yet there shall be a space between you and it, about two thousand cubits by measure: come not near unto it.”

Please note that even though Uzzah’s motive was right, his action was not right. He was actually being disobedient. His irreverence cost him his life.

We must not think that just because we have good intentions that The Lord will overlook our disobedience, our irreverence or our disrespect.

1 Amaziah was twenty and five years old when he began to reign, and he reigned twenty and nine years in Jerusalem. And his mother’s name was Jehoaddan of Jerusalem.

2 And he did that which was right in the sight of the Lord, but not with a perfect heart. KJV

Amaziah did the right things; however, his motives were skewed. He did not really have it in his heart to please God.

Key Understanding! As Christians, we must not only do the right things, but we need to do them for the right reasons and with true motives.

May the Good Lord help you and me!

33 With great power the apostles were telling people that the Lord Jesus was truly raised from the dead. And God blessed all the believers very much.

34 No one in the group needed anything. From time to time those who owned fields or houses sold them, brought the money,

35 and gave it to the apostles. Then the money was given to anyone who needed it.

Immediately following in the next chapter is the episode of Ananias and Sapphira. They schemed and plotted to appear to sacrifice, while in truth they were holding back some of the funds from the property sale for personal use. You can read the story in Acts 5:1-11.

The RESULTS? Both Ananias and Sapphira were struck dead instantaneously for lying to the Holy Ghost and daring to break the spirit of unity in the Church.

Key Understanding! God does not turn His head and look the other way when a person commits to living a hypocritical life and/or deliberately breaks the unity of His Church!

1 And now, brothers and sisters, we want to tell you what God’s grace has done in the churches in Macedonia.

2 These believers have been tested by great troubles, and they are very poor. But their great joy caused them to be very generous in their giving.

7 You are rich in everything—in faith, in speaking ability, in knowledge, in the willingness to help, and in the love you learned from us. So now we want you to be rich in this work of giving too.

24 Point out anything you find in me that makes you sad, and lead me along the path of everlasting life.  TLB

Robert E. Henson is the pastor of South Flint Tabernacle and president of the South Flint Scroll.