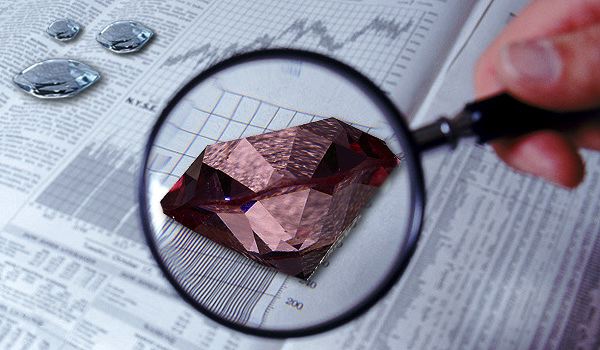 I attend a good church. It’s a place where I feel spiritually fed and uplifted every Sunday, one where I’ve built relationships with other believers and plugged into a great Sunday school class. Its members have supported and loved my family through some devastating health issues this past year, for which I am endlessly grateful.

Yet even though my church does a lot of things right, there have been times I’ve felt as though most people there just don’t get me. Sadly, the same community that showed up for me when my child was sick had little to offer when I was forced to quit my job a few years ago; or when I faced countless moral dilemmas at work; or when I struggled desperately to balance my family, faith, and career.

“I’m Talking to the Men Now”

It’s not that issues related to the workplace never get discussed in church. But too often they are addressed in ways that subtly exclude working women. Some women I know look longingly at the lists of topics (such as leadership, integrating faith in work, money management, and so on) covered by their church’s men’s Bible studies, wishing for an opportunity to engage them with their faith community. Even when these topics do come up in a sermon or study class open to women, they tend to be tagged as men’s issues.

Sometimes a leader will say something like, “Guys, we need to pay attention to this issue,” when addressing a problem that affects all working people. It seems like a small thing, but when that “just for men” language is used repeatedly, it demoralizes working women.

I’m saddened by statistics on the number of women—especially professional women—who are disengaging from churches, but I’m not surprised. I’ve seen what it looks like when women feel unseen and unappreciated in the church.

It looks like my friend Leslie, who was relatively new to her church and looking for ways to fit in. She was young and single but not particularly interested in looking for a spouse, which seemed to put her at odds with many of the people she met at the singles group. She felt called to the workplace and believed that this was a time to grow her career, so she worked a lot. She thought about work a lot, and struggled with how to integrate her faith into her work. Leslie attended church on Sunday mornings and a Sunday school class too, until one day when the lesson focused on work and the Christian life.

Awesome! Leslie thought, sitting up in her chair, pen poised to take notes. I need this.

But she never wrote a line because the next words she heard were these: “I’m talking to the men now.” Leslie felt deflated and a bit angry. She said, “I happened to be personally struggling with this very thing, but only the men in the class were being addressed. Leslie hasn’t been back to the class since.

Many women like Leslie leave church in another way. Rather than stop attending altogether, they quietly disengage. They keep showing up, but their minds and hearts are increasingly absent. A recent study by the Barna Group revealed that a whopping 43 percent of women report feeling no emotional support whatsoever from their church.

We Can Be the Cure

Sadly, it’s partially because so many working women have disengaged that churches aren’t making large-scale changes. The women checking out of church, either physically or emotionally, are the very people who most clearly understand the problem and how to fix it. Without their influence, the alienation of women who don’t precisely fit the mold of “Christian wife and mother” can easily fly under the radar.

This is especially true because, as my friend and colleague Sandra Crawford Williamson likes to say, many of those outside-the-lines women effectively camouflage themselves on Sunday mornings. They wear the facade of whatever stereotype they most nearly resemble, cheerfully responding to questions about their children or hopes for children, their dating status, or maybe volunteer interests. They are rarely asked about their jobs, ambitions, or intellectual pursuits.

Women are often asked to volunteer as greeters or nursery workers but are unlikely to be consulted about the church’s business matters. There are many inglorious needs to fill at every church, and I’m certainly not above hugging babies or baking casseroles. In fact, I enjoy doing those things. But like many other working women, I would like to feel that my professional ability—a great gift that God has given me—is welcomed and acknowledged by my church along with my maternal proclivities.

There was a time when I took this kind of thing personally, as if the church were trying to wrestle me into an approved mold of Christian womanhood. But I don’t feel that way anymore. Over time I’ve come to see that, for the most part, the church’s behavior toward working women is not personal at all.

Statistically speaking, most of the church is made up of working women and their families. Churches don’t want to alienate women; they’re just used to doing things a certain way. Church ministries are heavily guided by tradition, which I respect. But not all traditions are matters of conscience or theology, and many churches are open to change. They will have a hard time getting there, however, without our help.

I’m not giving up on church and neither should you.

So keep showing up and start speaking up. Don’t assume that you’re the only one, because you aren’t. Look at the women around you in a new way: More of them are more like you than you probably realize. Approach your church leaders about offering an early morning, career-oriented women’s Bible study. For curriculum ideas, check out resources from 4word. If you’re tired of nursery duty, find a way to get involved that’s more in keeping with your gifts.

Your Place Is Here

Even though Leslie stopped attending her church’s Sunday school class, she didn’t walk away from the church altogether. She started volunteering as an usher instead. It was among the ushers, some of them older, professional women themselves, that Leslie finally found a sense of community. She’s built relationships and sought advice from women in that group. Although she’s one of the youngest ushers by far, she feels a certain accord among them that she didn’t find in the singles group or women’s Bible study.

Just because the church isn’t actively seeking out your professional skills and strengths doesn’t mean that you can’t offer them. They might say no thank you, which can sting, but they might say yes!” Either way, by offering your skills and encouraging others to do so, you can help shift traditional perspectives about the role of women in the church more toward contemporary reality.

Diane Paddison is a business professional and founder of 4wordwomen.org, local groups of professional working women committed to faith, family, work, and each other.

The above article, “The Largest, Most Under-Valued Demographic in the Church and What We Can Do About It” was written by Diane Paddison. The article was excerpted from www.todayschristianwoman.com.