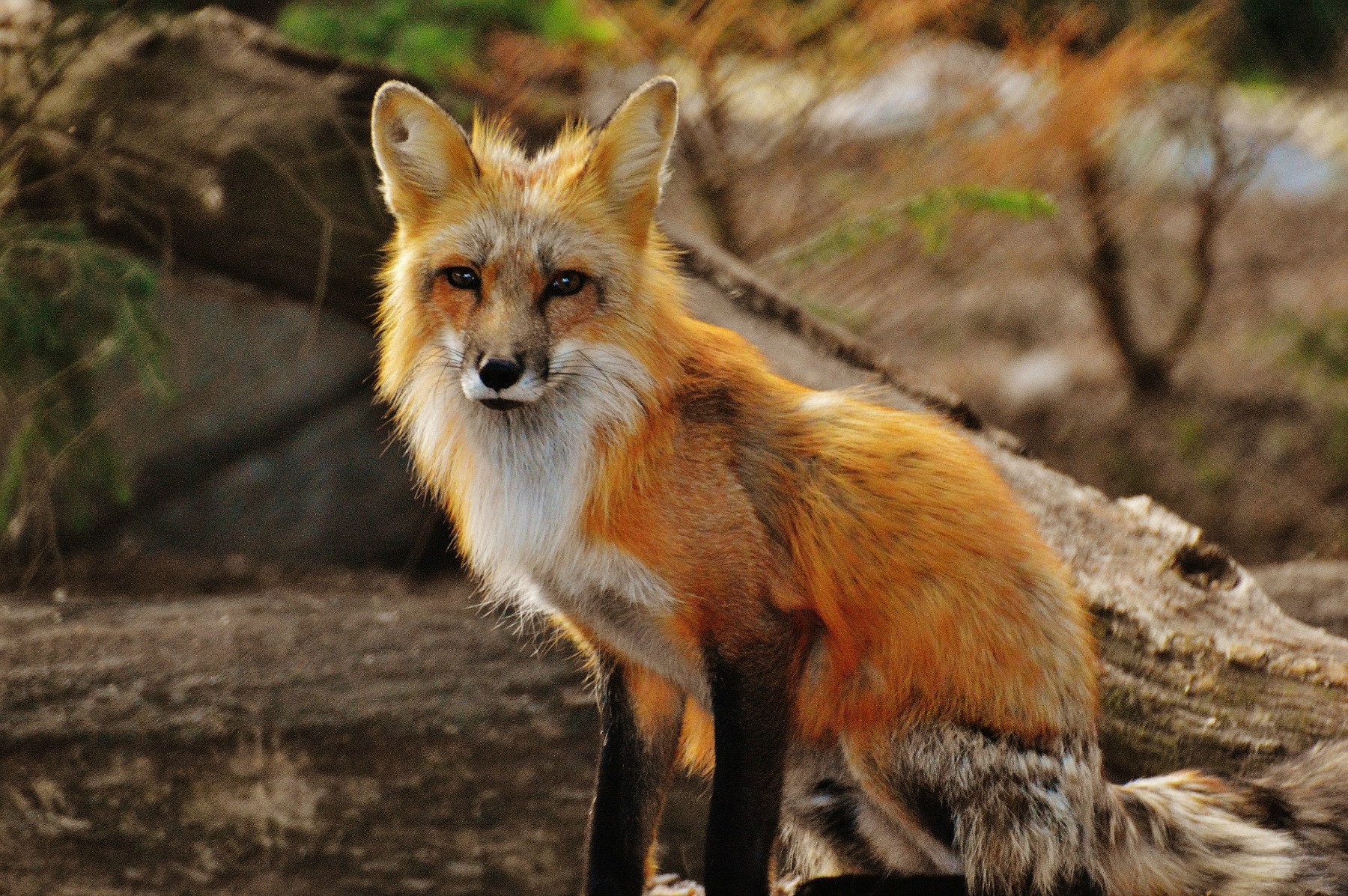 The Control of Weeds

The keeper of the vineyard also has to keep a watchful eye for those weeds, thistles, nettles, briars, and scrub trees that will exploit his soil. These kinds of things take the plant food and the water and consume them at the expense of the vines. All of these things have to be entirely re- moved from the vineyard. Cultivation is the most effective way to accomplish this as it stirs the soil and shaves off the roots just below the surface of the ground. Cultivation also works as a deterrent against various forms of fungus and bacteria that will de- form the vines.

In the parable of the soils, we are told that some of the seed fell to the ground among the thorns (Mark 4:7, 18-19). We find that the thorns are the cares of this world. Worries about secular things instead of the sacred things are some of the cares of life that are necessary and relate to our survival on the earth. We have certain responsibilities that could be considered gifts of God. Food, clothing, and work are gifts to help us to function in life. However the great deception from satan is for us to turn those gifts into idols. They can become idols when they consume us and God is entirely squeezed out of the picture by material pursuits. The weeds will begin to rage out of control. The cares of this life soon become what we are desperate to attain; they can bring affluence in this world and attention from those around us. Acquiring things can bring elements of pride, ambition, control, and self-gratification that may lead us to think we are much higher than we really are. Soon the cares of life choke out our spiritual life to the degree that we may not even recognize it.

The other definition of the thorns was noted as the deceitfulness of riches. Jesus noted to His disciples that it would be easier for a camel to go through the eye of the needle than for a rich man to make it to heaven (Matthew 19:24; Mark 10:25; Luke 18:25). Some have attempted to say this meant that there was a small entry way into the walls of Jerusalem so that the man who had a heavy laden camel could not make it through. The camel would supposedly kneel on his knees and crawl through the passage- way but could not make it through with all of the saddles and goods attached. No where can this be accurately documented and must be confined as to one of the fan- cies that men have sometimes attempted to construct concerning Scripture. I believe that this Scriptural reference is to be taken literally. Riches may be a blessing to some but to the vast majority they are a detriment toward salvation. Money can purchase a lot of things in this life but it can never purchase peace of mind, contentment of heart, and a host of spiritual virtues. In fact, the mad pursuit of wealth often destroys the spiritual virtues that we so desperately need to live for God.

Money may even cause us to distrust the providence of God and the way that He moves about in our lives. The pursuit of wealth may even cause one to violate the most basic of Christian. The pursuit of money creates a vacuum of greed that gives in vain desires, unreasonable expectations,and maddening exertions of the will. The pursuit of money also predisposes us to cov- etousness which is a sin. Just from these few examples it is easy to see how the weeds can choke out the work of the Word and Spirit in our hearts.

Robert Burns, the famous poet, occasionally had times of serious reflection of the state of his soul. He recorded one of those times when he compared himself to the review of his past life.  He wrote that he was like a lonely man walking amidst the ruins of a vast and noble temple. The walls were strewn about and the pillars were cast askew. The elaborate marble floors were cracked and between the cracks and around the whole building were choking, horrific weeds. He was in great alarm because he saw this as the picture of his own life. In a very troubled state of mind, he sought out one of the popular ministers in his city. When he told him of his dream and how troubled he was about it, the society minister laughed and told him not to worry with such matters. All is well, so he said! He urged him to continue to dance at the balls, drown himself in the bowls of wine, and fly from these phantoms of his soul into the arms of pleasure. It was pleasant but fatal advice for Burns be- cause he followed it and the “lusts of other things” entering into his heart choked out the Word.
‘The snow covers many a dunghill, and so doth prosperity many a rotten heart. It is easy to wade in a warm bath, and every bird can sing on a sunshiny day.” “You gaze on my purple robe and golden crown, but did you know what cares are under it you would not take it up from the ground to have it.” – Thomas Brooks

The keeper of the vineyard also is aware that pruning is a very necessary task that has to be carried out. Pruning is the re- moval of any branches or shoots to promote the overall health of the vine. There are a number of reasons that pruning needs to take place. There are some varieties of vines that need to be pruned immediately after the harvest in order to avoid having to work around the dead branches in the new season. Pruning of these dead branches eliminates the disease spots or lesions that may have grown during a period of productivity. The wise keeper knows that he should burn the pruned branches for the most effective elimination of any para- site, lesion, or disease. Pruning is also very effective in shaping the plant and stimulating new growth. It can help branches be more easily accessed by the harvester. It is particularly important with a vineyard of grapes that pruning take place so that the vines are not destroyed because of the weight of the yield. Additionally the keeper knows that if he does not prune some fruit-bearing branches that the overall quality of the grapes will be very limited.

Pruning is both stimulating and dwarfing to the plant. The plant is dwarfed because it has been greatly reduced in size. However, the stimulating process sets in almost immediately as the vine starts a rapid growth process that will strengthen it. Above the ground the plant may be dwarfed but below the ground the root system goes to work at expanding so that there is more water and nutrients available to vine as it bears a higher quality of fruit. The pruning of the soul often comes in the form of divine chastisement. I trust that all of us at some point come under the favor of God’s chastisement. There is nothing that pro- motes spiritual growth and maturity like the chastening hand of God.

Hebrews 12:5-11 KJV And ye have forgotten the exhortation which speaketh unto you as unto children,My son, despise not thou the chastening of the Lord,
nor faint when thou art rebuked of him: For whom the Lord loveth he chasteneth, and scourgeth every son whom he receiveth. If ye endure chastening, God dealeth with you as with sons; for what son is he whom the father chasteneth not? But if ye be without chas- tisement, whereof all are partakers, then are ye bas- tards, and not sons. Furthermore we have had fathers of our flesh which corrected us) and we gave them reverence: shall we not much rather be in subjection unto the Father of spirits, and live? For they verily for a few days chastened us after their own pleasure; but he for our profit, that we might be partakers of his holiness. Now no chastening for the present seemeth to be joyous, but grievous: nevertheless afterward it yieldeth the peaceable fruit of righteousness unto them which are exercised thereby. We are pruned by the hand of God for a variety of reasons:

1. Sinful habits that lead us into spiritual hardness;

2. Carnality that rules us; Detours into worldliness;

2. Stubbornness of spirit; and passions that get out of control. Our reaction to His hand says much about the maturity and motives of our soul.

• We should not despise or faint under the chastisements of the Lord.

• We should not have contempt for the path we walk through during God’s work on our soul.

• If we have contempt for the pruning we will not gain any improvement from them.

• If we have contempt for the pruning it can open us up to even greater evils.

• It should develop in us a sense of humility and grace that will help us assist others in their time of need.

• It should cause us to develop habits of deep soul search- ing as to the cause for the chastisement.

• Be careful not to despise the chastening of the Lord by murmuring at it.

• Be careful not to despise the chastening by claiming that there is no use in it.

• Be careful not to despise the chastening of the Lord by thinking God is insulting us by the form it takes.

• Be careful not to despise the chastening of the Lord by not adapting and changing because of it.

• Be careful that you do not faint by simply giving up during the process of God’s correction. –

• Be careful that you do not faint by doubting you are a child of God in the time of correction.

• Be careful that you do not faint by thinking you will never come out ofthe trouble.

All of these things are working in our behalf to save us. John 15:2-4 KJVEvery branch in me that beareth not fruit he taketh away: and every branch that beareth fruit, he purgeth it, that it may bring forth more fruit. Now ye are clean through the word which I have spoken unto you. Abide in me, and I in you. As the branch cannot bear fruit of itself, except it abide in the vine,’ no more can ye, except ye abide in me.