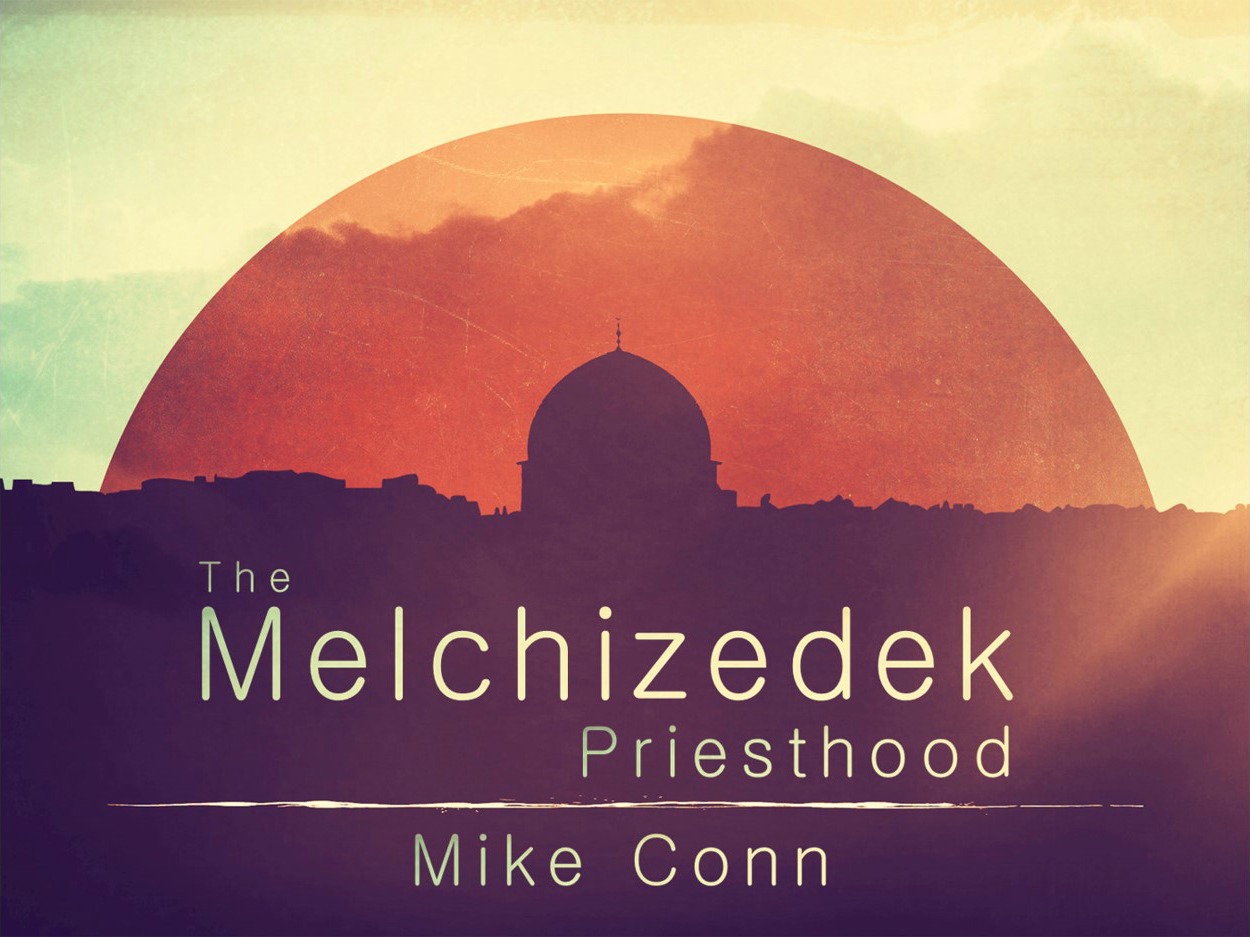 The “Melchizedek Priesthood” of Jesus is a literal event because it was an “oath” that was connected to the literal “promise” that God gave to Abraham. God gave both a “promise” and an “oath” and they are “immutable.” It also states that because “it was impossibleFor God to lie, we might have a strong consolation, who have fled for refuge to lay hold upon the hope set before us” (Hebrews 6:18).

In Genesis 14 a victorious Abraham returned from a battle in which he defeated four kings who had invaded Canaan. He was met by Melchizedek, the King of Salem and “priest of the most high God” (Genesis 14:18). Melchizedek blessed Abraham and provided his army with food and drink and Abraham gave him one-tenth of all the spoils of war.

About a thousand years later David gave this story more significance. He said the Melchizedek priesthood would someday be revived.

“The Lord hath sworn, and will not repent, Thou art a priest for ever after the order of Melchizedek” (Psalm 110:4).

When Melchizedek, priest of the Most High, met Abraham, there seemed to be a supernatural attraction. It is not impossible that Melchizedek was the Logos, which in the future would inhabit the “man Christ Jesus” and make Him the “Son of God.” If so, this would explain why Abraham was so blessed of the Lord—because he was privileged to have an intercessor. It also explains the necessity of an intercessor for those under the New Covenant, which was patterned after the Abrahamic covenant (Galatians 3; Hebrews 7-8).

Furthermore, if Melchizedek was Abraham’s supernatural intercessor and part of his secret to success, then this was the beginning of intercession and mediation to God on behalf of the human race. It began in the little Jebusite city of Salem, later called Jerusalem. Perhaps this explains the mysterious favor that God has given to Jerusalem.

“Beautiful for situation, the joy of the whole earth, is mount Zion, on the sides of the north, the city of the great King” (Psalm 48:2).

“In Salem also is his tabernacle, and his dwelling place in Zion” (Psalm 76:2).

Jesus Mediates Between Man And God

The mediation of Christ would be much like an umpire that mediates between teams at a ball game. Job first pointed out the need in Job 9:33 and Paul pinpointed its fulfillment in I Timothy 2:5. Jesus’ prayer in the Garden of Gethsemane and other instances in the Gospels fully portrayed the fact that Jesus functioned as mediator between God the Father and the disciples. Then after His resurrection and ascension, and according to the Book of Hebrews, He entered the highest place of honor in the heavenly Temple to continually make intercession for His church. The writer of the Book of Hebrews said that Jesus’ mediatorial ministry was the “main point” of the book.