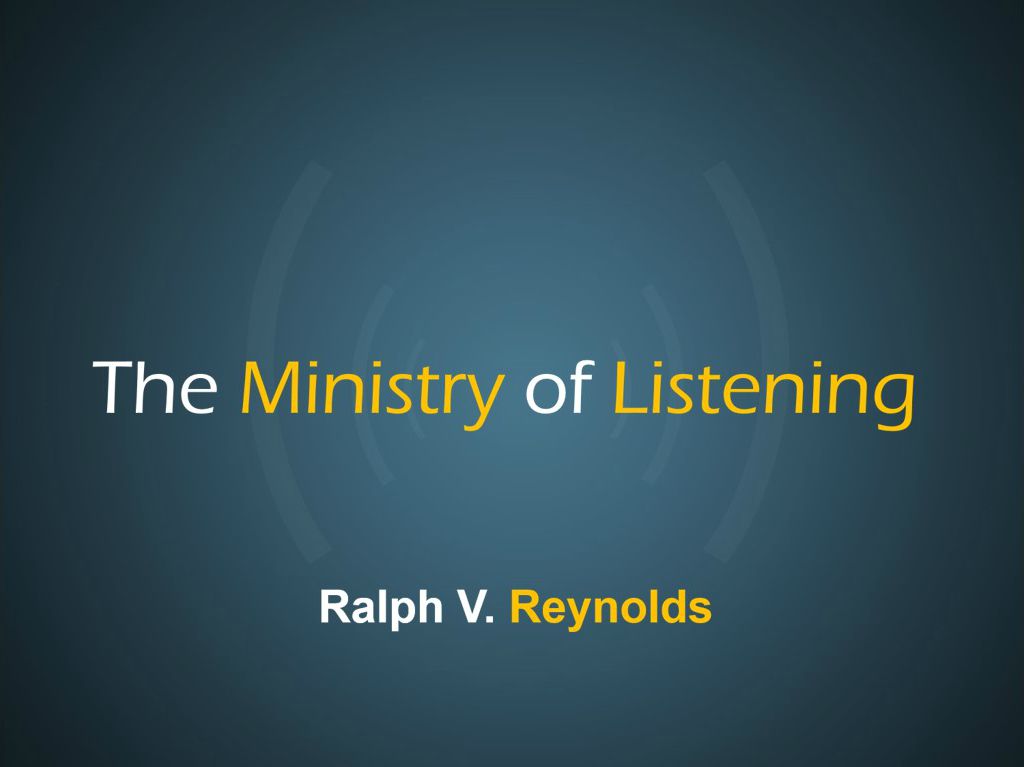 The shepherd who listens must never be surprised at what he hears. Sometimes, he may be shocked, but he must never let it be seen. He must never be critical or cynical. Patiently with loving understanding he listens. Then he counsels always with the welfare of the Christian at heart.

The shepherd who listens must always remember that the one who is confiding and confessing to him in doing so because he has confidence in him. That confidence must never be betrayed.

A young sister confessed to her pastor of a besetting sin in her life. She was battling with a habit that was bringing guilt into her life. The pastor made a joke of it and spread the story throughout the church. It can be understood why the girl left the church, never to return. Such betrayal of confidence is tragic and unworthy of any true man of God.

May the sheep speak? Certainly! However, they should never speak in rebellion or in criticism of their shepherd. Sheep must never speak to sow seeds of discord and dissension in the flock. When they are guilty of such action, they must be firmly disciplined and silenced. God has stated that He hates the person who sows discord among the brethren (Proverbs 6:19).

There are many reasons why it is profitable for the shepherd to listen to the sheep occasionally:

2 .Not only does the shepherd become acquainted with the spiritual needs of each member, he becomes aware of any problems within the body itself. He is able then to deal with anything that is festering before it develops into a major problem.

3 .By having the privilege of speaking, the laymen may be able to contribute much to the church. Many laymen have much to offer in the way of business, administration and building ability. These talents must never be disregarded but used for the work of God. If the shepherd never listens to the sheep, he may be wholly unaware of the great contribution that can be made to the work of God.

I began preaching the gospel in the fall of 1936. At that time, I did not believe the new birth message. I preached that everyone who believed was ready for the rapture of the church.

During the war years, I pastored a large country church in eastern Ontario. This church was one of the oldest churches in Canada. I had in this church precious saints who had the Holy Ghost more years than I was of age.  One morning, I was teaching the Bible class, and the question of the wedding garment came up. We entered into considerable discussion regarding who was ready for the coming of the Lord. I told them that every believer was ready. They did not refute me, but they gently and lovingly began to ask questions and quote Scripture. They slowly and gently backed me up into a corner where I knew that I had no further answer. I went home determined to find out what the Word of God had to say. I went through the entire New Testament and wrote out in my own handwriting every verse of Scripture that was dealing with salvation. When I finished, I changed my doctrine. God gave me that day a revelation regarding the new birth. Since then, my Bible teaching regarding the new birth has been circulated around the world.

Many times I have thanked God that on that Sunday morning I had listened to the voice of the sheep. If I had quenched their voice and silenced them, God could never have led me on into deeper truth.

There is no harm done in allowing the sheep to speak if they do not do it to contradict or rebel against their pastor. The pastor listens and then makes the decision. After the shepherd makes it, then the entire flock rallies around that decision and unites to follow the leadership of the man of God whom God has placed over them.

The above article “The Ministry of Listening” is written by Ralph V. Reynolds. This article was excerpted from chapter twelve in Reynolds’s book If The Sheep Could Speak.

1 thought on “The Ministry of Listening”