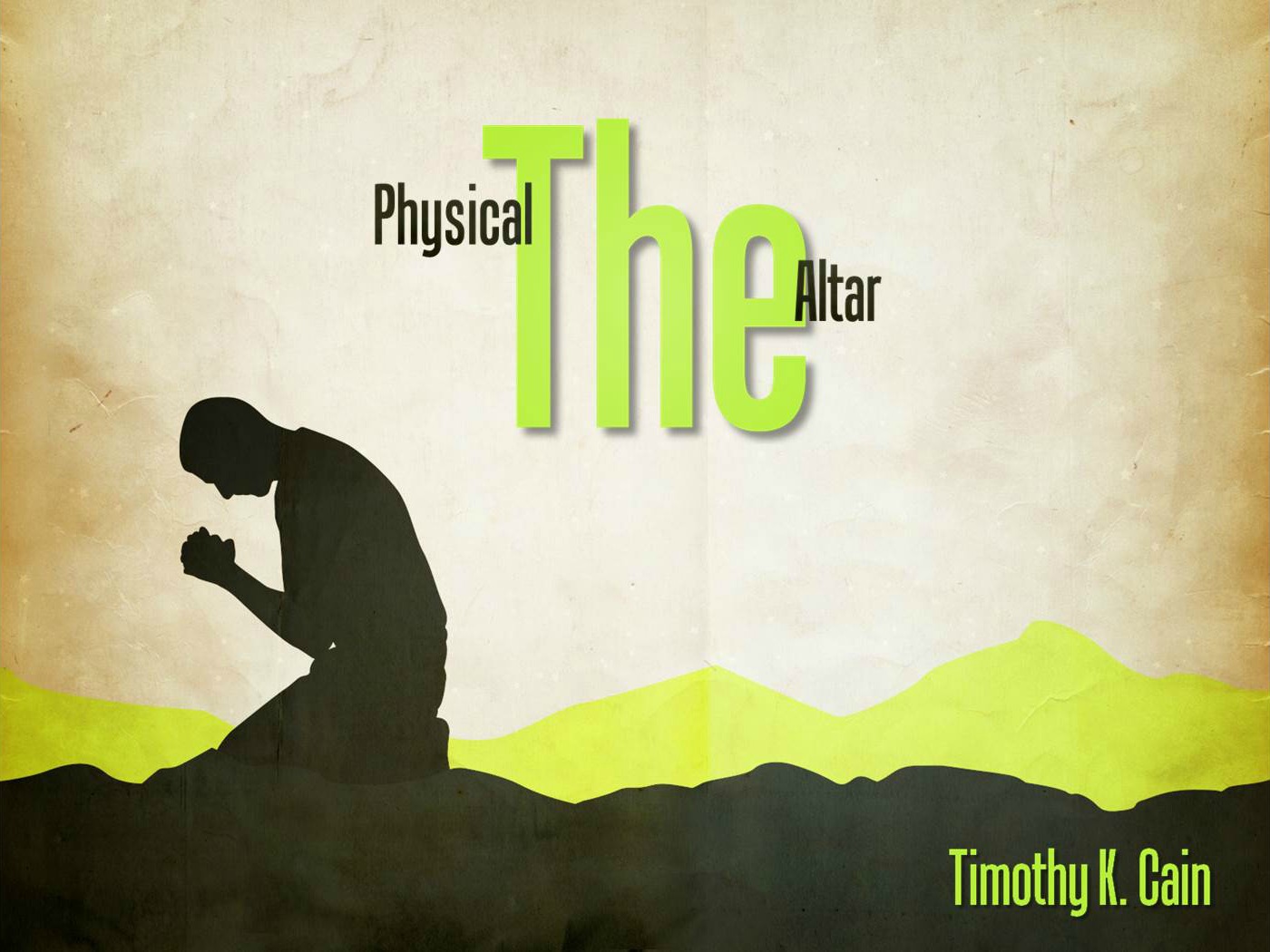 Especially throughout the OT, the sacrificial rituals that were required to be performed were performed at altars. These altars were built either alone (prior to Exodus 20:24) or were attached to a sanctuary. For the purposes of this discussion, the word sanctuary is referring to the Tabernacle in the wilderness or the Temple (first or second), while sanctuary in NT biblical references might refer to altars built alone or in the Temple or Synagogue.

To this point, we have shown that the thread of altar use began, according to the Bible, with Noah in Genesis 8:20 and continued from generation to generation into the Sinai wilderness with Moses and the Israelites (Exodus 20). Before we continue further with our biblical perspective, let’s look at the meaning of the word altar and a brief historical perspective from a few other secular sources.

Using the same source of information (Strong’s), the English word altar is translated from the Greek text of the NT and used twenty-two times. With only one exception, use of the word altar is translated from the Greek word thusiasterion, meaning “a place of sacrifice, i.e. an altar.” The one exception is found in Acts 17:23 referring to the altar found on Mars’ Hill “TO THE UNKNOWN GOD.” The word altar here is translated from the Greek word bomos, meaning “a stand, i.e. (spec.) an altar,” or “an elevated place.” However, it should be noted that while the word means “altar,” bomos “refers to the heathen altar and thusiaterion refers to the altar of the true God.” It is important to consider the use and the definition(s) of the original words of scriptural text, especially when attempting to make accurate interpretation of Scripture for practical application in our lives.