The Power Of Priorities (Entire Article) 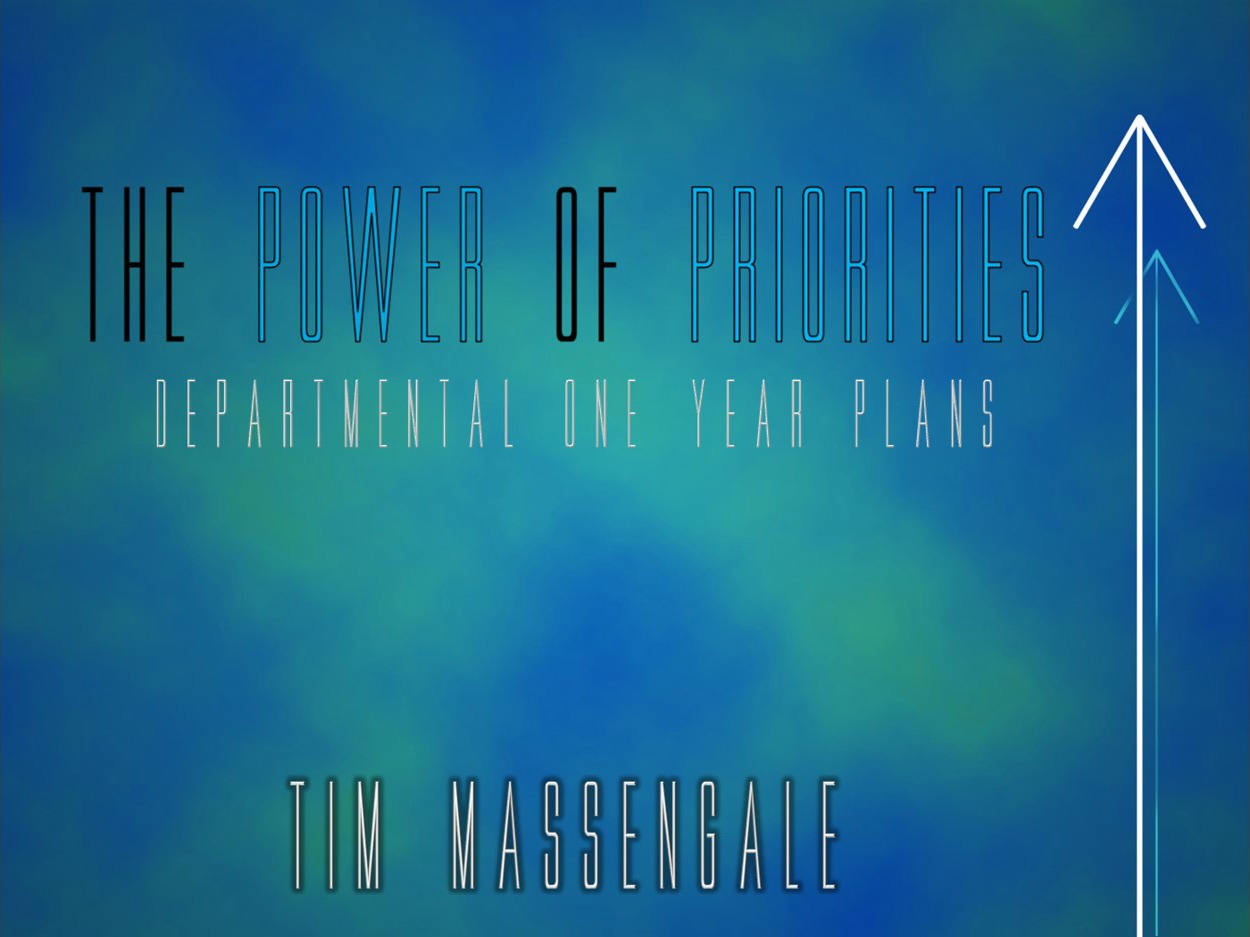 But this concept must not only be applied to implementing new ministries and programs, but also to solving of problems and weaknesses. Perhaps you have read the legend of Horatius, the Roman hero who defended a bridge over the Tiber River against the Etruscan army. He encountered three giant, fierce warriors. Knowing that he could not defeat all three at one time, he ran. In time, the three spaced themselves out because each ran at a different speed. Then, Horatius turned and successfully defeated each one – one at a time. So it is with the problems that you are facing with your church. If you deal with them one at a time, you can win!

That is exactly the concept of the Departmental One-Year Plan.

Last month we explored the idea of once a year having an evangelism planning retreat with your leaders to plan your annual evangelism strategy. Having this type of planning retreat is a powerful tool, but it does have one drawback. This problem comes as a result of its major benefits. When you return from your retreat and your directors are (A) very excited, (B) committed to involvement, and (C) full of new ideas – if you are not careful, this can spell trouble. Why? Because each of your leaders will have a dozen or so ideas that they want to put into operation – and they all want to put them into operation “right now.” Eight or ten departments doing half a dozen programs each – all at the same time – doesn’t bring growth.  It brings confusion.

What you should do is have your various ministry leaders set priorities as to what should come first, then have them work one idea or project at a time. Each project or idea should be fully planned and implemented in a systematic fashion. When that particular project is completed, then – and only then – should they go on to the next idea or project. The best way to encourage this kind of step-by-step approach is with the Departmental One-Year Plan.

At your Evangelism Planning Retreat, you should encourage your directors to take detailed notes as their department is being discussed. What they need or wish to do and when they are going to do it should be carefully recorded. The reason this is so important is because you are going to request that each director hand in a written one-year plan of their departmental plans and activities. A Departmental One-Year Plan should have three parts:

This departmental one-year plan will become their “plan of action” which they will work upon each month and follow step-by-step.

There are a few things that you and your directors should keep in mind when developing your one-year plans. You, as pastor, should explain these considerations when you give them this assignment:

“For the first time,” one department leader spoke sincerely, “I know where I am going, what needs to be done, and by when it is to be accomplished. You don’t know how much that means to me.”

Together we can make a difference in our world, but only if we work together, not against one another. With limited resources in the church, it is vital that all plans, projects, and ideas for improvement be coordinated together toward the ultimate goal of winning the lost. The Departmental One-Year Plan will help your department directors do this.

One thought on “The Power Of Priorities (Entire Article)”