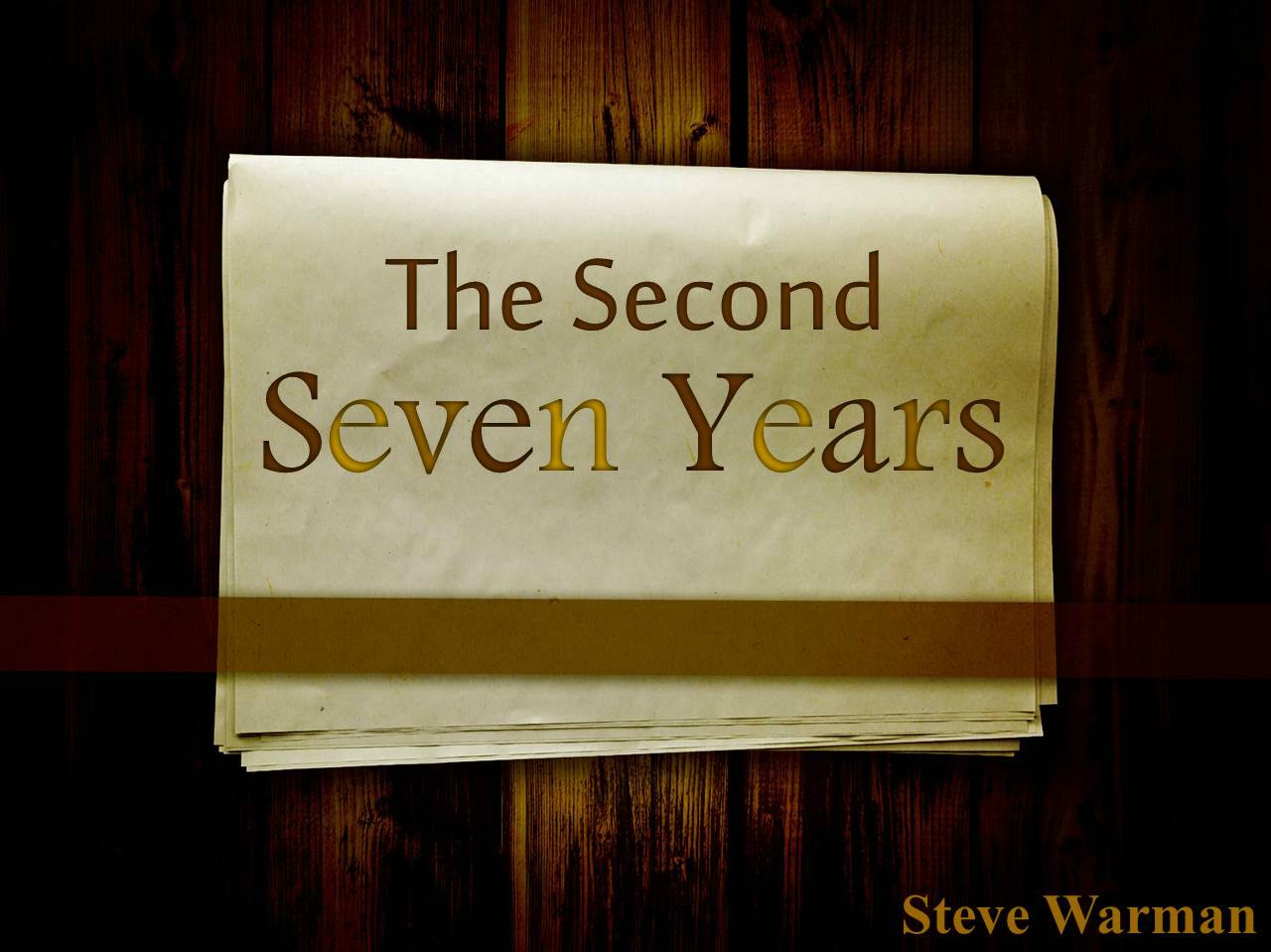 Jacob watched as the men of Haran moved the huge stone from the mouth of the well.

These workers had journeyed from the village and they were presently watering three flocks of sheep they had brought with them. Then, mission accomplished, they put the stone back in its place.

Jacob had stopped to rest for a while, knowing that he must be very close to Haran. Moving out of the shadows, he asks the men, “Where are you fellows from?”

Jacob smiles as he realizes he is in the right place. “Do any of you know Laban?” he inquires.

“How is he these days?” Jacob wanted to know.

“Laban is doing well and as a matter of fact here comes his daughter, Rachel, right now with Laban’s sheep.”

Jacob quickly looks up to see the most beautiful girl he had ever laid his eyes on. Everything about her was perfect—her hair, her skin and especially her eyes. She was much more than just another pretty girl, she was breathtaking.

Never in all of his life had Jacob seen such a woman. He was smitten!

The charm and grace which emanated from Rachel, as she approached the well was so evident that even the fact she was herding a flock of sheep could not detract from her radiance.

As everyone recognized, Rachel was every bit as beautiful on the inside as she appeared on the outside. Even the old crusty men who hung around the watering hole and were always spewing out their coarse language, stood in silence as this young lady approached.

Standing there, Jacob’s mind begins to whirl and for a moment, in his thoughts, he finds himself standing in front of his mother. He remembers clearly the discussion which had brought him to this place. Jacob had just deceived his own father, Isaac, who was nearly blind, into giving him the blessing that had been intended for his older brother, Esau.

There had always been a strong sibling rivalry between the twins, but when Esau discovered that Jacob had just received the blessing from their father, he exploded with rage. Esau angrily exclaimed, “He has taken away my birthright and now he has taken away my blessing.”

After growing a strong hatred for Jacob, he made up his mind to kill him. Somehow, their mother, Rebekah, had heard all of this rancor, and not wanting Esau to lay a hand on Jacob, said, “Run away from here, go to my brother Laban’s house and stay with him until Esau cools down.”

Jacob snaps out of his flashback realizing he must make a good first impression. The men have just told him this lovely young lady was his uncle Laban’s daughter. Jacob races up and “rolled the stone from well’s mouth” (v.10) to help water the flock Rachel had brought with her.

He is so overcome with emotion, the Bible records “…Jacob kissed Rachel, and lifted up his voice, and wept” (Genesis 29:11).

Then he breaks the news to her: “I’m your aunt Rebekah’s son.”

Considering how he had come on so strong, you would think she would be frightened and run away. Instead, Rachel, with great excitement, rushes back to find her father, who immediately hurries to the well for a joyous reunion.

Greeting Jacob with an embrace and kisses, Laban takes his nephew to his own home.

One month has passed since the moment Jacob first laid eyes on Rachel and he has yet to leave. Laban finally brings the matter up for discussion. “I think that if you are going to stay, then at least you should receive some payment for your labor.”

You can almost visualize the love story play out. Jacob and Laban are standing at the fence posts looking out over the cattle grazing in the pasture. Jacob is nervously kicking up the dust with his foot and struggling to bring his voice to the forefront.

Then it happens. Jacob begins to blurt out his heartfelt feelings for Rachel and finishes the conversation by making this offer: “I will serve seven years for Rachel“(v.18).

So it was agreed upon that after seven years Rachel would be given to Jacob as his wife.

Nearly everyday of his life for the next seven years, Jacob rose early in the morning and toiled faithfully until late in the evening. Jacob’s love for Rachel was so intense that his thoughts were not clouded with the mundane work and hard labor.

All that crossed the mind of this young man thought that one day Rachel would be his bride.

Jacob marks off the weeks and months and final day of his seven year wait, he approaches Laban, reminding him of the deal they had struck. It is at this point that one of the most tender verses in all of scripture is recorded: “And Jacob served seven for Rachel; and they seemed unto him but a few for the love he had to her” (Genesis 29:20).

Laban agrees the allotted time has now been fulfilled, and in celebration of the upcoming nuptials he calls for an incredible feast. The day begins just right as all of the friends, associates and neighbors of Laban turn out in force.

There was festive music and dancing—and the air was filled with the voices of excitement. It was everything that Jacob could ever want and more. He stands there with great pleasure as the crowds of invited guests pass by, shaking his hand, hugging his neck and offering their congratulations.

Finally the extravagant night of festivities draws to an end. Jacob takes the hand of his veiled bride and off they go to begin their life together. Everything was so perfect.

The first hint of sunlight early the next morning reveals, however, that everything was not as it appeared. When he awoke, Jacob was in for the shock of his life! Instead of looking into the face that had captured his heart seven years earlier, Jacob was staring at weak-eyed Leah (Genesis 29:17), Rachel’s older sister!

Laban had pulled a fast one on Jacob.

On discovering the hoax, Jacob had every right to jump up and run away. He could have easily left it all behind, Leah, Rachel, his lying uncle, all of them. Who wants to work for a relative like this anyway?

He could have become bitter and frustrated and no one would have dared blame Jacob under the circumstances. After all, Laban had toyed with emotions and messed with his heart—and there is nothing in the world as cruel and cold as denying man the woman he loves.

It was in this moment, when Jacob has been taken, advantage of, lied to and made to look like a fool that he charts his destiny. Without question, he would have been perfectly justified fleeing the house of Laban and never looking back.

However, it is Jacob’s response to this harsh disappointment which makes him the man we admire and celebrate today. Jacob placed his hurt feelings aside, checked his ego at the door, went right back to Laban and agreed to work an additional seven years for his true love, Rachel (v.27).

Sure, he could have proved a point by storming into Laban’s tent, slugging him in the face and telling him in no uncertain terms, “I will not be treated like this!”

Or, he could have hopped on a camel and rode off into the sunset, keeping his eyes straight ahead. Thank God he didn’t.

Jacob began his second seven years of labor for love. On the worst day of his life, he made up his mind, “I’m not leaving until I get what I came for!”

Far too often we give up before we obtain what we chose to pursue. When things don’t pan out the way we want them to, when we are tricked, lied to, cheated on or emotionally shattered, we just storm off in a huff. We act like the little boy who didn’t get picked for the baseball team he wanted, so crying, he takes his ball and scurries home.

I pray you are determined to declare, “I will never, never give up. I won’t leave until I have achieved my dream.”

– When your business fails to provide the success and security you felt it would. You have worked day and night and after the first seven years you wake up to discover that what you expected is just not there.

– When you are struggling in your marriage and one day realize the fairy tale you had in mind when you said, “I do” is now lost in the wild and crazy world of raising kids and paying bills.

– When your ministry doesn’t take off the you prayed it would. When you have attempted to build a church and after seven long years of labor you find the vision you once had failed to materialize.

Hang in there and don’t give up yet! Come back the second seven years and see what miracles God will perform.

Your destiny is tied to how you respond disappointment. As it was with Jacob, so it is with you.

There is a victory on the horizon and revival ahead. A successful business and a blessed marriage in your future if, with God’s help, you hold on.

Make a stand! Be like Jacob and determine in your heart, “I am going back for the second seven years; I know my future will be predicated by my ability to come back for one more try.”

Jacob’s decision to repeat the years of work for Rachel, the woman he loved, touched off a series of events which shape the rest of scripture. Just think how the whole course of history and the incidents recorded in the Bible would have been changed if Jacob did not arise on his morning of disappointment and resolve in his art, “I will not let this temporary setback destroy my life.

It was out of the union of Jacob and Rachel that Joseph was born. Had Jacob left the farm that day, there would have been no one in Egypt to war of the impending famine. Israel’s family would have never ended up in Egypt and Moses would have never risen as God’s chosen servant to lead them out of bondage:

– There would be no Passover.

– No crossing of the Red Sea.

– No manna from heaven.

– No tabernacle in the wilderness.

– No conquest of Jericho

The list of significant events go on and on. Think of how Jacob’s future unfolded for him when, with integrity, he dealt with his disappointment.

There will always be unpredictable developments in your life—when things do not go as you had planned. However, it is not how you respond to the good times that make you great. Rather it’s how you react to the setbacks which cause you to be celebrated.

Remember, the story of Jacob could not end after the first seven years. He had to return for the second seven in order to become what God wanted him to be.

Giving up after a disappointment is almost always the wrong decision. With the Lord’s help, deal with your despair and come back to discover the glorious destiny that awaits you in the second seven years.

The article “A Second Seven Years” written by Steve Warman was excerpted from The Second Try: Your Best is Yet to Come, 2006.