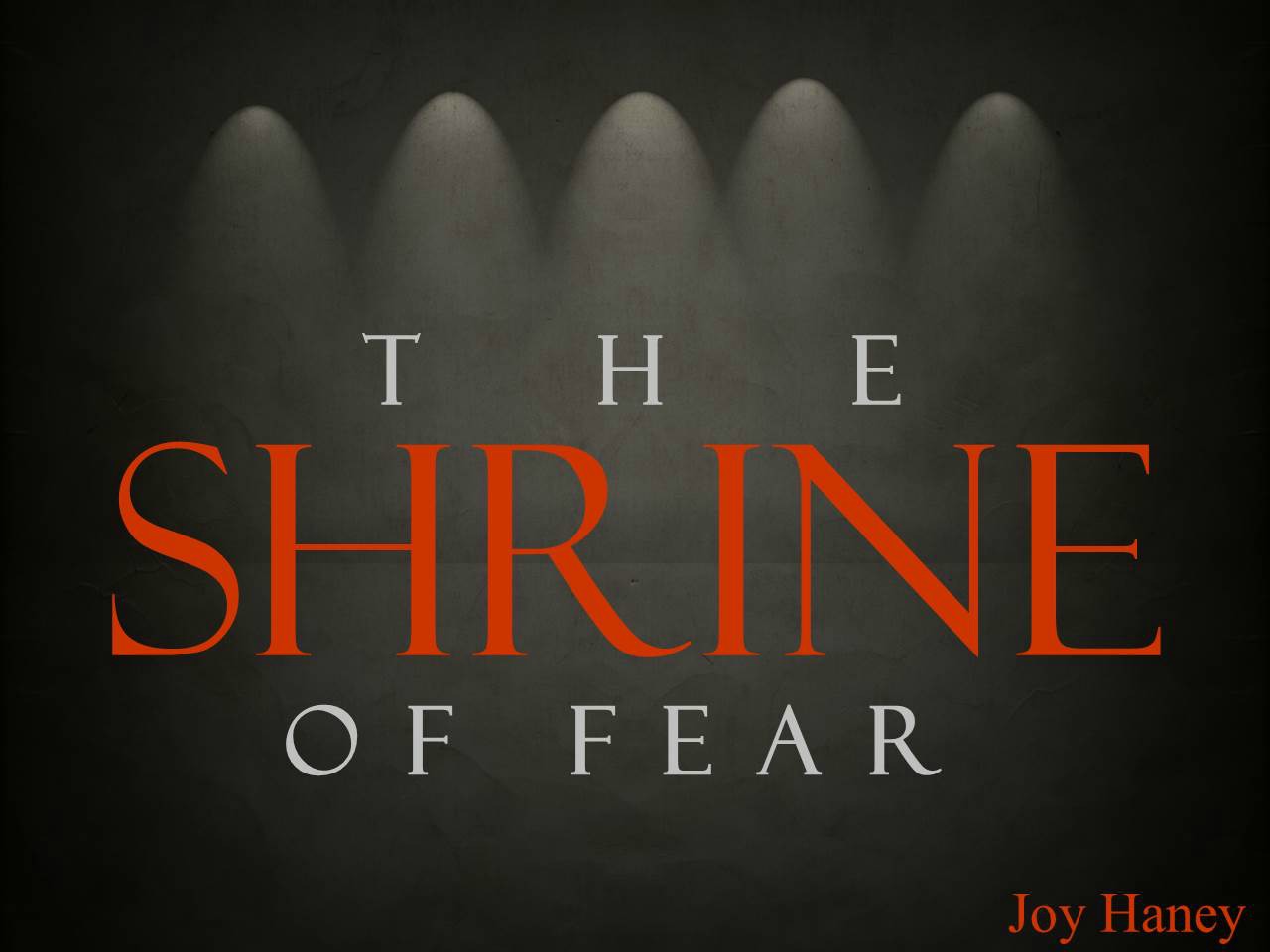 It is not enough to change locations, clothes, jobs, or hairstyles. There must be change of heart. One must realize that it is not what you have lost that is important, it is what you have left that counts. The fear of losing again or being burnt again will keep your eyes on yesterday, but yesterday is only ashes.

The Shrine of Fear that is erected out of the ashes is a very painful emotion marked by alarm. It characterizes dread, panic, terror, and anticipation of danger or continual hurt. This shrine takes up residence in the mind and crowds out hope and faith imprisoning the one who fears.

In 1972, two hunters on the island of Guam discovered a man hiding in the jungle whose story shocked the world. In 1944, a Japanese soldier fled to Guam when the tides of war began to change. Fearing for his life, he stayed hidden, coming out only at night. For twenty-eight years he lived on snails, shrimp, rats, frogs, nuts, and mangoes. When his clothes wore out he made burlap-like clothes from tree bark.

After being found by the two men, he said he knew the war was over because of the leaflets he found scattered throughout the jungle, but he was afraid that if he came out of his hiding place he would be killed. The hunters told him he was free, that his fears were groundless, and that he could go home.

How like the soldier so many are, living in self-imposed prisons, afraid to venture forth, always hiding, just existing instead of truly living. Because of a previous frightening experience they just dig in somewhere and never surface again.

Fear not only affects you; it affects others as well. A Los Angeles newspaper reported a story about a woman who was driving down the road when she looked up and saw a group of men running out of a bank with machine guns. She lost control of her car, struck five pedestrians, and slammed into two other cars, which hit two more people.

The tragedy of it all was the fact that her fears were groundless. The machine-gun-toting hold-up men were part of a Hollywood bank hold-up scene. The guns were not loaded and the bank was not even real. A bank-like front had been set up in front of a store.

Your cause for fear may be real, but nothing is worth losing control over your life as the woman did with her car. Things will happen which will hurt you and beckon fear to come and settle in your mind and consciousness. Keep steady; do not panic. You can win over fear; if you do not, fear will kill you.

In a sermon entitled, “Fear,” Rev. Clarence Macartney gives an illustration that proves this. A peasant man driving into a European city was stopped by an elderly woman asking for a ride. As they drove along, she told him she had cholera. When he became alarmed, she assured him that only ten people in the city would die from it. Then she gave him a dagger telling him that he could kill her with it if she was proven wrong.