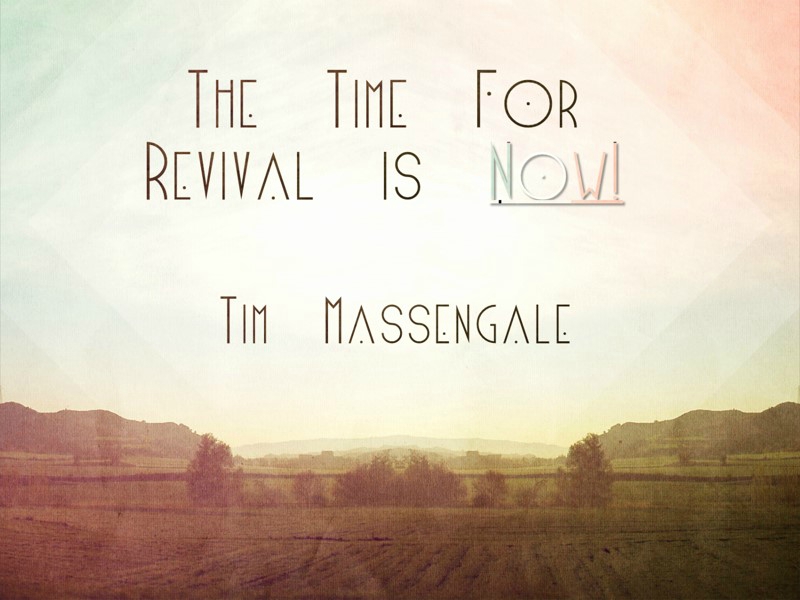 I wonder how many pastors and church leaders would buy a book entitled, “How To Have An Average Church,” or “Helping Your Church Decline.” None, I am sure. Oh, you might have glanced at it out of curiosity to see what foolhardy soul put the volumes together, but you would not have spent your hard earned money. After all, who needs help to be average? We already have multitudes who fit this category. What you want is for your church to be the best you can be.

How do you become an “average church?” Do nothing. Be content with what you have and what you have so far accomplished.  It’s like being lost – to be eternally lost all you need to do is nothing. But to go to heaven, you must do something. And so, too, with Apostolic revival. Having made the decision to see your church grow, you must begin doing something. This will involve work, sweat, late hours, long days, a determined heart, and a fixed focus upon a desired result. That’s what it takes to be your best.

I could try to wax eloquent upon the importance of this and yet never say it as well the late president Theodore Roosevelt. Allow me to adapt a portion his well known speech to that of the work of God:

“It is not the religious critic who counts; nor the hypocrite who gleefully cries “How the mighty have fallen,” or the one who points out where a “doer of deeds” could have done better. The credit belongs to the man who is actually in the battle; whose face is marred by dust and sweat and blood; who strives valiantly; who errs, and comes short again and again, because there is no effort without error and shortcoming; who actually tries to do the right thing; who knows great anointing, great commitment, who spends himself in the work of God; who, at the worst, if he fails, at least fails while giving his best.  Far better it is to dare mighty things, to win glorious spiritual triumphs even though checkered by failure, than to rank with those poor spirits who neither enjoy or suffer much because they live in the gray twilight that knows nether victory or defeat.”

How true! Such can be said of any effort worthy of our time and energy. Like navigating an automobile through a busy city – at times we must make a correction here, make a turn there, then stop at an intersection and look both ways before proceeding. Occasionally a road block will force us to take a detour, yet we keep on going. We may have a flat tire, or engine problems. We stop and make the needed repairs, yet we keep on going. We might make a wrong turn and have to backtrack, yet we keep on going. There is always the risk that someone else will not stop at an intersection and plow into us. It’s not our fault, but that’s part of the risk. We keep on going. It’s the steady, determined pace, not the mad, frantic rush that proves to be successful in the end. Once a man was asked why he had done so well. To this he replied, “I have worked so hard and tried so many things that I have successfully crammed forty years of failure into fifteen.” To grow, a church must be willing to try, fail, and try again. Like the prophet, they will cry, “Rejoice not against me, O mine enemy: when I fall, I shall arise!”