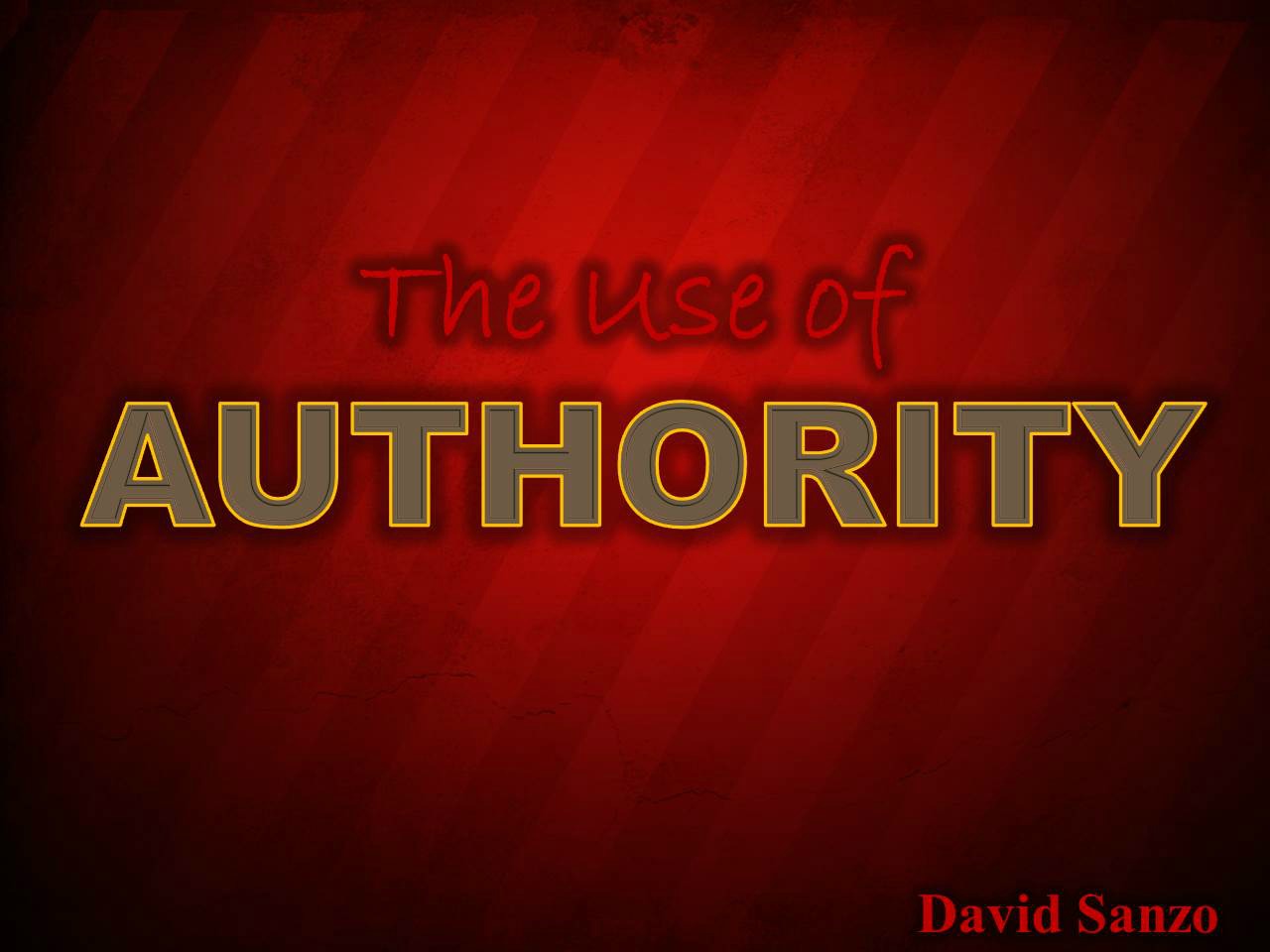 It is better for those involved in the work of God not to get involved with politicking for promotions or for greater authority among men. If it is offered to them they should carefully consider it and gratefully accept (unless believed to be contrary to the will of God). J. Oswald Sanders writes, “The true spiritual leader will never canvass for promotion.”

The proper understanding of authority not only entails submission to authority but also the proper exercise of authority. Authority can very easily be misused, especially on the mission’s field where one may be so far away from the organizational authority above him or her. It can also be easily misused in any other situation where the authority above us may be so far away (or is perceived to be detached from direct involvement) and unlikely to discipline us. A misunderstanding of authority causes its misuse and abuse, which, in turn, forms an incorrect relationship with the authorities above us. This, in turn, causes rejection by God, the loss of authority and its benefits, and even results in unanswered prayers (I Peter 3 :7).

This is seen in the life of King Saul who did not submit to the authority above him, which was represented by Samuel the prophet and the priests of the LORD in certain matters. God rejected him from being the permanent king over the Israelites. Saul, in turn, began to misuse his authority further for his own benefits and tried to kill some of his subjects (David, Jonathan, and Ahimelech with eighty-four other priests of the LORD) because of his jealousy and rage.

Those involved in leadership should remember never to exercise authority out of jealousy of another’s talents or opportunities or because they are afraid of losing control. This is simply evidence that you do not know how to use authority or are refusing to use it properly.

Saul’s jealousy of David’s greater triumphs is evidence of his lack of understanding of the principle of authority. Our position of authority does not necessarily reflect our superiority over our subjects. We are simply stewards of God’s authority in the matter. Though Saul still remained king for a while, his authority kept weakening. When he needed an answer from God, he could not get through. His prayers would not be answered. This almost drove him crazy.

Finally, he resorted to using the witch of Endor to find out what his plan of action should be. His wrong attitudes toward authority led to his misuse and abuse of authority. This, in turn, led to the ultimate weakening of his authority. The heart of the people continually shifted toward David. In the end, when Saul’s prayers were hindered, he endorsed the ultimate form of rebellion -witchcraft.

Our authority is not something that we should try to establish or assert right away as soon as it is granted to us. David refrained from killing Saul on two occasions when he had opportunity to do so. He was waiting on God to establish his authority. He refused to force the issue and assert his promised authority. Even when those in authority over you misuse and abuse their authority, you must not transgress by trying to take them down, especially if you are the next in line. You should submit yourself as much as possible until God puts you in place and establishes your authority. This will require both humility and patience.