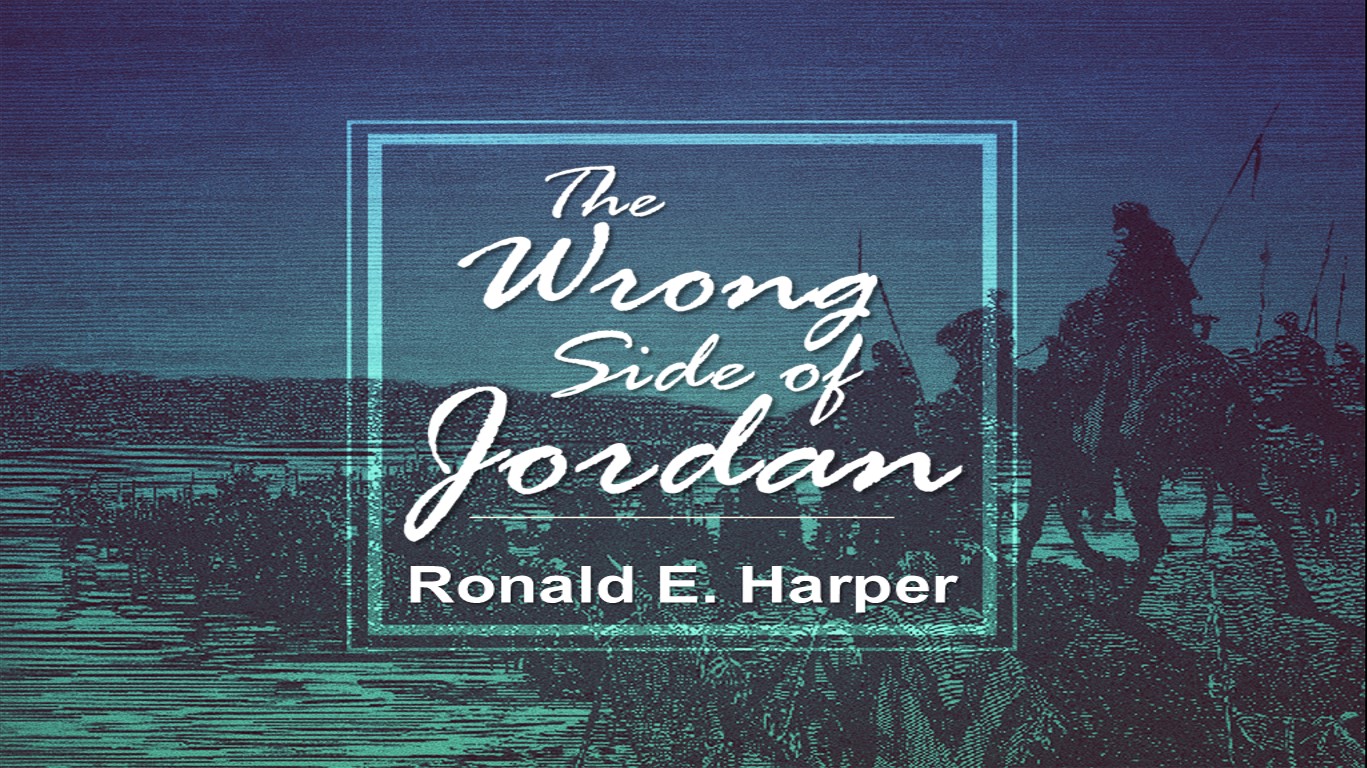 Do you remember that two and a half tribes of Israel decided to settle on the other side of Jordan? The tribes of Gad, Reuben, and half of the tribe of Manasseh agreed with Moses to receive their inheritance on the east side of the Jordan River. There are several important points to consider in this agreement. Then, we will look at the final cost to the heirs of one of these tribes.

By way of review, let us look at the agreement found in Numbers 32. These two and a half tribes agreed with Moses to settle on the east side of Jordan. As a condition of their agreement, they agreed to leave their families on the east side and go over into the Promised Land to help the other nine and a half tribes conquer their lands. This part of the agreement is found in verses 16-19. “And they came near unto him, and said, We will build sheepfolds here for our cattle, and cities for our little ones: But we ourselves will go ready armed before the children of Israel, until we have brought them unto their place: and our little ones shall dwell in the fenced cities because of the inhabitants of the land. We will not return unto our houses, until the children of Israel have inherited every man his inheritance. For we will not inherit with them on yonder side Jordan, or forward; because our inheritance is fallen to us on this side Jordan eastward.”

At this point, we need to consider the agreement from a practical point. What did they truly say? These men said, in essence, that they would settle for less than the perfect will of God for themselves, their families, their homes, and their jobs. Note the four components in the deal: we, our little ones, our cities, and our cattle. They were satisfied with less than what God had planned for them. They did not want to cross the line of total commitment, the Jordan River. They wanted to be in the edge of the wilderness. While it is true that they did not return to Egypt, they did not want the complete promises of God. They just wanted to be on the edge without any commitment. They refused to sell out wholeheartedly to God’s ultimate plan for their lives.

However, they were required to help the other tribes of Israel cross Jordan River. They had to fight the battles in the Promised Land. Only after the land was secured could they return to their homes east of Jordan.

This is still true with many people today. These people will pray at the altar for others to get a spiritual victory and help them pray a prayer of commitment to God. Then they will leave the church service or prayer meeting and return to their own lives of defeat and have a total lack of true commitment in their own lives. They are selling their lives short of the complete blessings of God. But what does this shortcoming cost them in the long run?

For the answer to this question, let us look a little deeper into the agreement with Moses. The men of these tribes placed themselves, their families, their homes, and their businesses outside the protection, the perfect will, and the blessings of God. These men had a lot of cattle, according to Numbers 32:1-4. They saw that the land was good for flocks of sheep and for cattle. This side of the river was good for business.

This may seem to be earthly minded, but God has al-ways intended for His people to prosper. But these tribes made the mistake of trying to institute a backup plan for God’s plan. Jesus told us the solution in Matthew 6:33. “But seek ye first the kingdom of God, and his righteousness; and all these things shall be added unto you.”

Keep in mind that cattle and sheep were “clean” animals according to the laws of God. This law can be found in Leviticus 11:3-8. A clean animal was one with a split hoof and that chewed the cud, like cows and sheep.

Now, let’s allow some time to elapse. Look to the New Testament in Mark 5. Let us begin in verse one. “And they came over unto the other side of the sea, into the country of the Gadarenes.” What was the country of the Gadarenes? It is the land of the descendants of the tribe of Gad. The word “Gadarenes,” according to the Hebrew/Greek Dictionary, is “1046. Gadarenos; from (a town E. of the Jordan); a Gadarene or inhab. of Gadara: —Gadarene.” Note the location: east of the Jordan.

In that place was a demon-possessed man living in the tombs. Jesus came to him and asked the demon what his name was. Why? We can be sure that God Almighty robed in flesh knew the answer to this question long before landing on the shore that day. It should be concluded that Jesus was showing us something important from the answer of this demon. His name was Legion, “for we are many” (verse 9).

Jesus commanded the demons to leave the man. But they begged Jesus not to send them away out of the country (verse 10). Where did they go? They went into a large herd of swine that were feeding nearby (verses 11-13). These swine (approximately two thousand of them) ran off the edge of the cliffs and drowned in the water below. Wait! What drowned that day? Swine! Pigs! This was an unclean animal according to Leviticus 11:7. The men

who agreed with Moses to raise cattle in the lands on the east side of Jordan had descendants who would one day raise swine in those lands.

But what was the conclusion to the story in Mark 5? The men who had owned those pigs got mad at Jesus for casting out the demons. All they could see was that Jesus had cost them all of their profits. Maybe it put them in debt. What did they do then? Look at verse 17. “And they began to pray him to depart out of their coasts.” They asked Jesus to leave. These men kicked out their Messiah because He hurt their business. A visitation by Jesus was bad for “the bottom line.”

Look at the promises of God in Exodus 20:5-6. “Thou shalt not bow down thyself to them, nor serve them: for I the LORD thy God am a jealous God, visiting the iniquity of the fathers upon the children unto the third and fourth generation of them that hate me; And shewing mercy unto thousands of them that love me, and keep my commandments.” These men who served God under the command of Moses and Joshua decided to not go all the way into the Promised Land with all of their assets. The result was that their descendants were raising swine and one of them was possessed with about two thousand demons. The rest of the people got so mad at Jesus for doing a miracle that they actually kicked Him out of town.

Consider the costs carefully. Do you want to miss the blessings of God and just settle for the edge? Only one small border is between you and the victories God has intended for your life. Cross the Jordan to claim all God has intended for you to enjoy. Do not allow fear or doubt to stand in your way. Trust in God to deliver what He has promised in His Word. Secure your blessings and pass on a legacy of service to God for your family to enjoy.

The above article “The Wrong Side of Jordan” is written by Ronald E. Harper. This article was excerpted from Harper’s book The Power of Crossing Jordan.

1 thought on “The Wrong Side of Jordan”