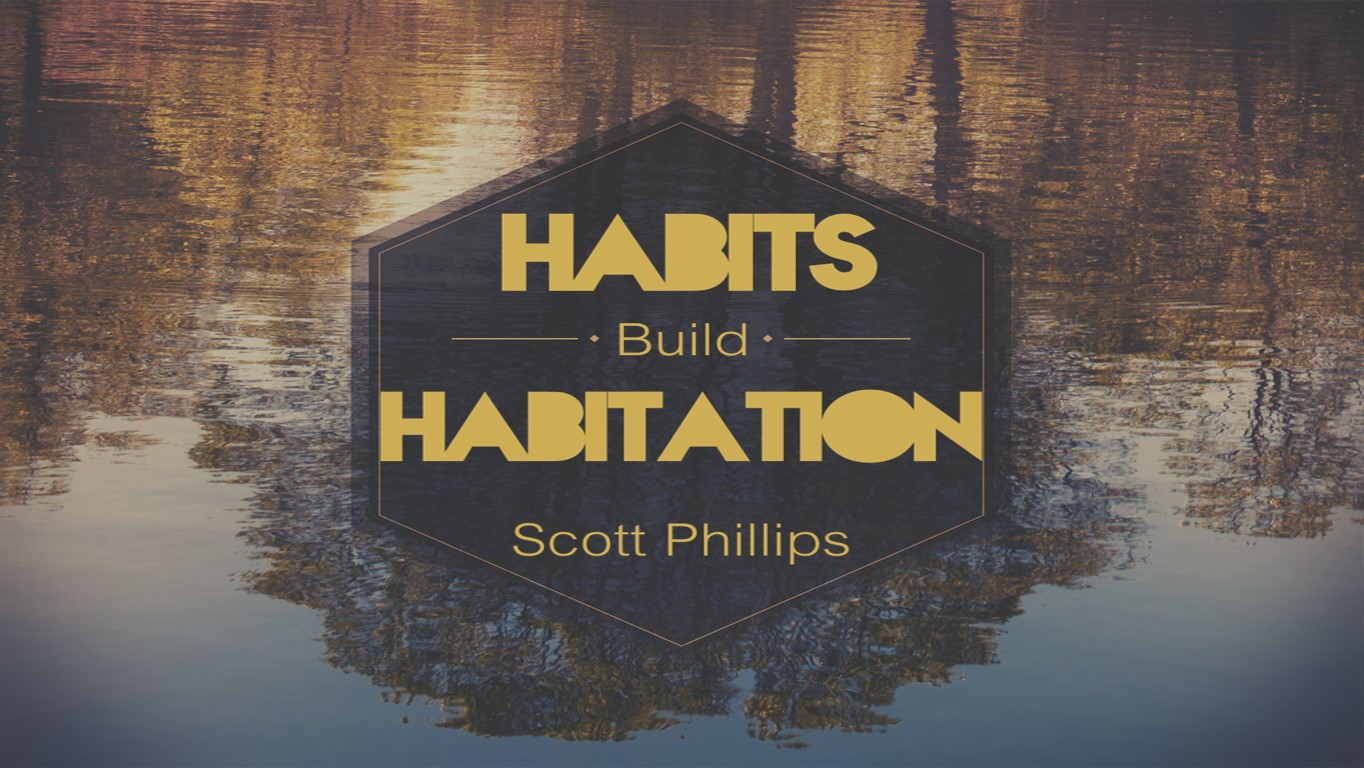 Buildings are built with common materials and actions repeated over and over again. Wood homes are built of like boards nailed together. A brick home has been built of bricks mortared together.

Mass quantities of like materials assembled together with repetitive actions; nailing or mortaring.

The kind of house I build is determined on what I build it with; large quanities of the same thing.

We determine our building by the materials and labor we invest in it.

Think of the story of the three little pigs. The one that survived and saved others was the one that took the time and worked with quality materials. Thus they were saved from the big bad wolf.

Cheap living won’t fly when living for God. When it comes to Christian service, many will be disappointed when they find they get what they paid for. Saving Grace is free. Salvation costs us everything. It is a Scriptural paradox.

Where are you living? We can live in the light of God, or in the darkness of the devil.

Tell me something: Should a Christian be entertained with murder, lying, or the mocking of God?

When you walk in the light, your deeds are manifest and no shame is present.

The light lives in you when you live in the light. It is not only an outward shining, but an inward glow.

It is agreement with and obedience to what God reveals. It is found in revelation that grows. The more you walk in truth, the more truth is revealed. If you turn away from growing in truth, the light you have becomes darkness.

“Instead of believing what they knew was the truth about God, they deliberately chose to believe lies. So they prayed to the things God made, but wouldn’t obey the blessed God who made these things.” (Romans 1:25)

Sampson is an example of this type of person. When he was sleeping with a harlot, she woke him up and screamed at him, “The Philistines be upon thee, Samson. And he awoke out of his sleep, and said, I will go out as at other times before, and shake myself. And he wist not that the LORD was departed from him.”

Sampson’s birth was marked by an angelic visitation. He was born appointed to bring great deliverance. He was the product of his parents’ altar and faith. However, he failed to ever build and altar and continually was unified with the enemy. His familiarity with the enemy eventually cost him his strength.

His habits built his habitation. Sampson lived with the devil. The devil lived with him. He died a blind shadow of what God had intended for him to be. It seems he took his anointing to mean approval. This deception led to his destruction.

Why? Because his habits built his habitation.

Many today are consorting with spiritual harlots who sell spiritual pleasures and tell the anointed of God to sleep in their laps and rest in them. They constantly upbraid them for their distinction and want to strip the source of this power from them.

Watch out Sampson! The enemy will cut your source of power, bind you, blind you, and grind you in a prison house.

He rose up in his human spirit in stubbornness and rebellion. Saul died a backslidden king, destitute of the Spirit of God and tormented of demons.

Why? Because his habits built his habitation.

David was another man who also had a special anointing. He was not a perfect man, but there was a difference between he and Saul. David never tried to justify his sin. He confessed it and realized his desperate need for the mercy of God. He was a sinner that repented.

He did not allow evil habits to build habitations. He cleaned up his act and repented to his God.

Have you been building your home with evil deeds?

Have you been entertaining the devil with you life, words, work, and way?

Or, God forbid, have you been entertained with the evil deeds of the world? Is this compromise eating away at your conviction and fervency? Do you find yourself tormented and possibly even suffering at the hands of the devil?

There is hope today. There is a time to tear down and a time to build up.

This is not a twelve-step plan for success, but a warning and exhortation.

“Now therefore ye are no more strangers and foreigners, but fellow citizens with the saints, and of the household of God; A n d are built upon the foundation of the apostles and prophets, Jesus Christ himself being the chief corner stone; In whom all the building fitly framed together growth unto an holy temple in the Lord: In whom ye also are builded together for an habitation of God through the Spirit.” (Ephesians 2:19-22)

“But ye are not in the flesh, but in the Spirit, if so be that the Spirit of God dwell in you. Now if any man have not the Spirit of Christ, he is none of his.” (Romans 8:9)

“And what agreement hath the temple of God with idols? for ye are the temple of the living God; as God hath said, I will dwell in them, and walk in them; and I will be their God, and they shall be my people. Wherefore come out from among them, and be ye separate, saith the Lord, and touch not the unclean thing; and I will receive you. And will be a Father unto you, and ye shall be my sons and daughters, saith the Lord Almighty. Having therefore these promises, dearly beloved, let us cleanse ourselves from all filthiness of the flesh and spirit, perfecting holiness in the fear of God.” (II Corinthians 6:16-7:1)

The above article, “Habits Build Habitation” was written by Scott Phillips. The article was excerpted from the 17th chapter of Phillips’s book In Him, By Him, Through Him.