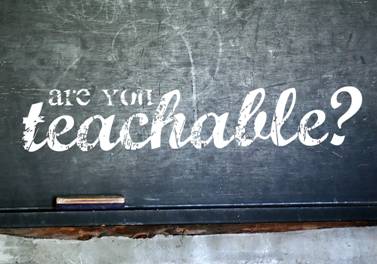 It all started by Jesus calling a few men to follow Him. This revealed immediately the direction His evangelistic strategy would take. His concern was not with programs to reach the multitudes, but with men whom the multitudes would follow. Remarkable as it may seem, Jesus started to gather these men before He ever organized an evangelistic campaign or even preached a sermon in public. Men were to be His method of winning the world to God.

The initial objective of Jesus’ plan was to enlist men who could bear witness to his life, and carry on His work. John and Andrew were the first to be invited, Andrew in turn brought his brother Peter. Next Jesus found Philip on His way to Galilee, and Philip found Nathaniel. There is no evidence of haste in the selection of these disciples; just determination. James, the brother of John, is not mentioned as one of the group until the four fisherman are recalled several months later by the Sea of Galilee (Mark 1: 19; Matt. 4:21). Shortly afterward Matthew is bidden to follow the Master as Jesus passed through Capernaum (Mark 2:13; Matt. 9: 9; Luke 5:27-28). The particulars surrounding the call of the other disciples are not recorded in the Gospels, but it is believed that they all occurred in the first year of the Lord’s ministry.

What is revealing about these men is that at first they do not impress us a being key men. None of them occupied prominent places in the Synagogue, nor did any of them belong to the Levitical priesthood. For the most part, they were common laboring men, probably having no professional training beyond the rudiments of knowledge necessary for their vocation. Perhaps a few of them came from families of some considerable means, such as the sons of Zebedee, but none of them could have been considered wealthy. They had no academic degrees in the arts and philosophies of their day. Like their Master, their formal education likely consisted only of the Synagogue schools. Most of them were raised in the poor section of the country around Galilee. Apparently the only one of the twelve who came from the more refined region of Judea was Judas Iscariot. By any standard of sophisticated culture then and now, they would surely be considered a ragged group of men. In short, these men selected by the Lord to be His assistants represented an average cross section of their day. Not the kind of group one would expect to win the world for Christ.

Yet, Jesus saw in these simple men the potential of leadership for the Kingdom. They were indeed “unlearned and ignorant,” according to the world’s standard (Acts 4:13), but they were teachable. Though often mistaken in their judgments and slow to comprehend spiritual things, they were honest men, willing to confess their need. Their mannerisms may have been awkward and their abilities limited, but with the exception of their traitor, their hearts were big.

What is perhaps most significant about them was their sincere yearning for God and the realities of His life. One cannot transform a world except as individuals in the world are transformed, and individuals cannot be changed except as they are molded in the hands of the Master.

Better to take teachable men who learn what it means to conquer for Christ than to spend a lifetime just keeping a program going with men, who has never learn to follow the call of the Master.

Whatever the particular form our methodology takes, Jesus’ life would teach us that finding and training men to reach men must have priority. The multitudes cannot know the Gospel unless they have a living witness of Christ’s life in their own.

1 thought on “They Were Teachable”