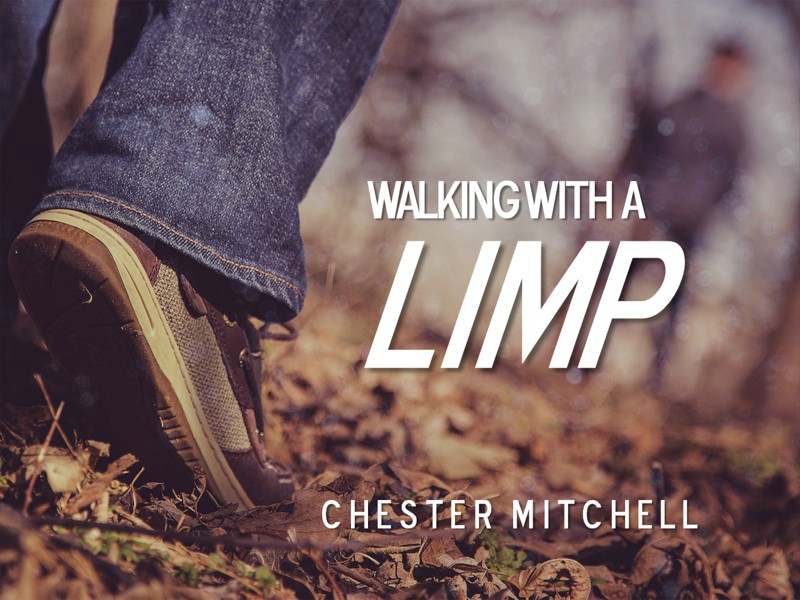 (ALLOWING GOD TO CHANGE US)

The sun was rising as Jacob left Peniel, and he was limping.

You don’t always race to victory. Jacob limped his way to a new name.—Bishop T.F. Tenney

Change is never easy. An aged gentleman was interviewed on the occasion of his 100th birthday. “During your long life, you must have seen so many things change?” the reporter said. “Yes” the man responded, “and I was against every one of them!” Anyone who has ever attempted to break a habit or change a behavior knows change can be very difficult.

A few months ago, my brother-in law, Mark Schmidt, suffered a heart attack just as he was leaving his job at Loudoun Hospital, in northern Virginia. The quick actions of his co-workers in the intensive care unit, where he works as a nurse, saved his life. Mark recovered, and now he’s making changes in his lifestyle. He has lost weight and changed his eating habits. It hasn’t been easy, but it is necessary.

Change is sometimes precipitated by a crisis. Frank has been overspending for many years. Month after month the sea of red ink has risen. No one suspected, but one factor was the fact that his gambling had become uncontrollable.

The day finally came when Frank heard the knock at tin’ door. The police officer had the eviction notice in his hand. With his wife and children standing behind him, Frank finally had to face the truth about his overspending. He had to change.

God—is transformation, or metamorphosis, and that change starts within.

Each time I read Genesis 32, I’m reminded that God longs for the moment when we allow Him to change us from the inside out. Having lived the life of a deceiver, Jacob knew how to scheme to get what he wanted, and he had a way of coming out on top. God loved him, which is why He couldn’t leave him walking in the same condition that He first found him in:

This left Jacob all alone in the camp, and a man came and wrestled with him until the dawn began to break. When the man saw that he would not win the match, he touched Jacob’s hip and wrenched it out of its socket. Then the man said, “Let me go, for the dawn is breaking!”

But Jacob said, “I will not let you go unless you bless me.” “What is your name?” the man asked.

“Your name will no longer be Jacob,” the man now on you will be called Israel, because you have God and with men and have won.”

“Why do you want to know my name?” the man replied. Then he blessed Jacob there.

Jacob named the place Peniel (which means “face of God”), for he said, “I have seen God face-to-face, yet my life has been spared.” The sun was rising as Jacob left Peniel, and he was limping because of the injury to his hip (Genesis 32:24-31—NLT).

Walking with God is about face-to-face encounters with God, and that always means change. Often, we want intimacy it bargain prices—a God who accepts me but never changes me. We want God but not the God who invites me to become like Him daily. But walking with God is about moments when God desires nothing less than a “changed me.” Changing externals without a change in my heart produces pseudo-Christianity.

For God to change Jacob, he needed to be alone. Often, we remain unchanged because we’re hidden in the “crowd.” God loves crowds, but His masterpieces are most often created in solitude. Today, the Holy Spirit is inviting you to a quiet place, a lonely place. Just you and God.

Please note that it was God who initiated the fight. And it was a tough one. We think God comes in a cloud of serenity, but sometimes His approach brings disturbance, in soul or body. For Jacob, this meant hours of wrestling. In the middle of the struggle, he held on to God with the desperation of a man dangling over Niagara Falls. The entire creation had been watching the fight in the dark, and the sun was now coming up in the east. God tested Jacob’s resolve by demanding that Jacob release Him.

“No I will not let you go unless you bless me”, he replied

“What is your name?” God asked him.

In the culture of the Bible, people were given names connected to their past, their character, their calling, or the       course of their future. A name wasn’t just a name—the person and h. name were deeply entwined, even inseparable. That is, of course, unless a radical change occurred in his life.

Jacob means “heel-grabber”—a thief or a deceptive person (see Genesis 25). That’s who Jacob had been from the moment he came out of his mother’s womb holding on to the heel of his of brother (by seconds), Esau. His life had consisted of one deception of another. But when he answered, “My name is Jacob,” he allowed God to change him.

Because Jacob was honest with God, admitting that his core identity was that of a thief and a deceptive man, God gave him a new identity: “From now on you will be called Israel, because you have fought with God and with men and have won.” Israel means “prince of God” or “God rules.”

Many of us miss the moment of real transformation because we are unable to come face-to-face with our weaknesses. Have you allowed God to bring you to your personal Peniel, the place where you see and acknowledge your core identity, the part of you that is small, self-seeking, and capable of doing very negative things to get what you want?

And the Lord—who is the Spirit—make us more and more like him as we are changed into his glorious image (2 Corinthians 3:18—NLT).

Christ has set us free to live a free life. So take your stand! Never again let anyone put a harness of slavery on you (Galatians 5:1—The Message).

You have recently become a Christian, but you still find it difficult to reconcile the fact that while you have been saved, in spite of the fact that you have received the Holy Spirit, you struggle with suicidal thoughts. You’ve prayed and fasted. You’ve memorized Scriptures. But nothing has changed. You’re the point of giving up.

Conflicted—that’s the word that best describes you. You have a great heart. You can still recall the time and place when you received your call to ministry. You said “yes,” but since that time you’ve struggled. The other side of you is deceptive. When he deceptive part of you is in control you find yourself living a life  of deception.

The Bible is clear in teaching us that we are “free.” Freedom isn’t something that will be granted at some later date when we finally get it right. We are free right now—in the present. The Bible calls this important work of God in our lives justification. It’s a legal term that essentially means “just as if I had never sinned.”

Therefore, since we have been made right in God’s sight by faith, we have peace with God because of what Jesus Christ has done for us (Romans 5:1—NLT).

Our justification is not simply a guarantee of heaven, as thrilling as that is in the future. It is also the source of tremendous blessings that we enjoy here and now. The second purpose is to assure us that justification is a lasting thing. —Warren Wiersbe, The Bible Exposition Commentary

For many Christians, the conflict arises because while the Scriptures declare us to be free, we don’t feel free. Sometimes we don’t behave in a manner that bespeaks our freedom. As we walk with God, we have several choices:

When we repent, we not only confess our sins but experience what David spoke about in Psalm 51. Notice the words he uses in his prayer:

The turning point came the day when God, in his loving kindness, sent the prophet to confront the “man after God’s own heart.” Yes, David was a man after God’s heart, and yet he needed a place where he could finally face the man in the mirror! How about you? Have you found your place of repentance? The man who had been hiding behind the façade of royal robes prayed the second half of his prayer: “But you desire honesty from the womb…”

Here’s how he prayed:

In the end, Jacob left Peniel with a new name—Israel! From that day forward, he walked with a noticeable limp. It was a reminder of a desperate night when he recognized who he was and allowed God to show him who he was meant to be.

Just maybe there’s a Peniel for you—walking with God with a limp!

A STEP ON THE JOURNEY:

Take a moment to list the areas in your life where you desire the Holy Spirit to bring transformation:

Make a list of the characteristics of the new person you desire to become:

The above article, “Walking With a Limp” is written by Chester Mitchell. The article was excerpted from the 23rd chapter of Mitchell’s book The Gravel Road to Heaven.

1 thought on “Walking With A Limp (Entire Article)”