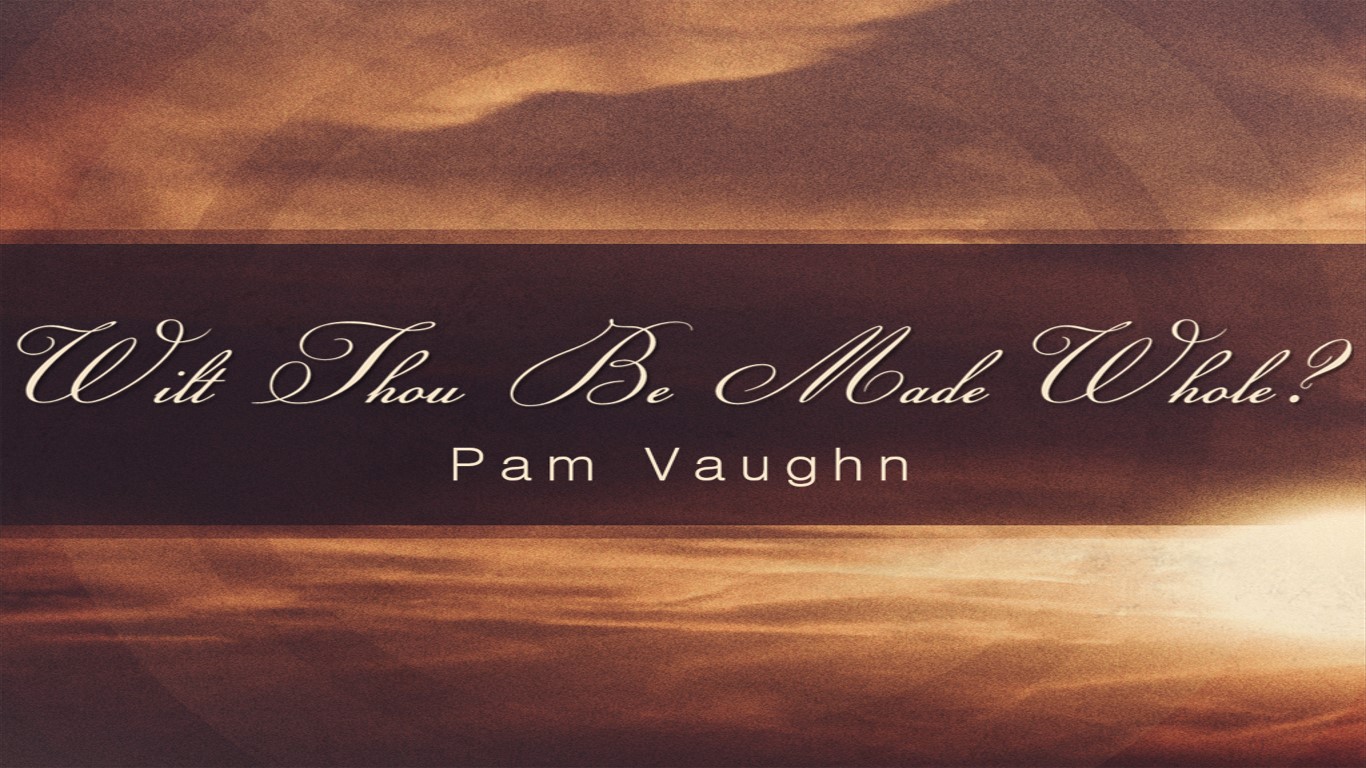 To the man with the infirmity, this was just another ordinary day that he would spend in his impossible situation. When Jesus showed up that day, He simply asked the sick man a question that the crowd would probably think a bit strange. Wilt thou be made whole? Why would Jesus ask such a question when the answer seemed obvious to those around Him?

John 5:2 Now there is at Jerusalem by the sheep market a pool, which is called in the Hebrew tongue Bethesda, (house of mercy) having five porches.

John 5:5-6 And a certain man was there, which had an infirmity (sickness, weakness) thirty and eight years.

When Jesus saw him lie, and knew that he had been now a long time in that case, he saith unto him, Wilt thou be made whole?

I am sure that Jesus had heard about the great multitude of impotent folk that daily gathered at the pool Bethesda, by the sheep market. I also believe that Jesus was aware that there was among them a man that had suffered with an infirmity for thirty-eight years. After all, it was God who sent an angel to the pool at certain times, to trouble the waters. Jesus scheduled a divine appointment with the one lamb at this pool. The above scripture says that Jesus knewthe man had been in this condition for a long time. (In fact, the man had been by the pool long before Jesus was born in Bethlehem.)

To the man with the infirmity, this was just another ordinary day that he would spend in his impossible situation. When Jesus showed up that day, He simply asked the sick man a question that the crowd would probably think a bit strange. Wilt thou be made whole? Why would Jesus ask such a question when the answer seemed obvious to those around Him? The man answered the question with a hopeless attitude: “I can’t get myself out of this situation on my own, and I don’t have anyone who can help me. I have waited for so long, and I don’t have the strength to do it by myself Can you help me?” (Paraphrased)

John 5:8,9 Jesus saith unto him, Rise take up thy bed and walk. And immediately the man was made whole, and took up his bed and walked:

When I thought about this part of the story, it reinforced in my mind what Jesus had taught me during my own restoration. Restoration of a person to wholeness is a process that requires our participation and obedience. The man in the above passage had spent thirty-eight years at the pool gate. Due to the customs of that day, people with certain ailments often became outcasts, and were considered useless. And after his initial healing, the man probably had to build a new life. He had to go through a process of developing a new daily routine, forming new relationships, and possibly learning a trade.

For years, his life had consisted of actions that surrounded his present circumstance. But the man must have known enough about right choices to make the temple his first stop. When Jesus found him there, He instructed him to go and sin no more, so that he would not find himself in a worse condition than before.

Obviously, the man in the story had a desire to be healed, as he expressed. I’m sure that as time went by, he came in contact with doubt. Maybe doubt was introduced by those around him, who voiced hopelessness concerning the possibility of him having a chance for a new life. All the man needed was one person who would care enough to carry him and put him in the water.

Maybe many of those around him were in the same situation and couldn’t be of any assistance. Others close by may have been too busy to stop and lend a helping hand. If we don’t have the time to help a struggling soul find the river of life, Jesus will help them Himself

The Bible says that there was a great multitude of impotent folk. Jesus could have singled out the one man to heal, to let us know that He sees the desire of one even in a crowd.

He will lift a person out of their circumstance if they give Him permission.

The next step is up to the individual, as to whether or not they become whole. Jesus can bring a person out of a situation, but it is up to that person to stay out. I never lost the ability to return to the lesbian lifestyle I had lived in. I had to make up my mind to walk away, and go in the opposite direction. Without a commitment to do what is right, a person will never be made whole.

As it was with the man in the story, Jesus met me in the church, touched my situation, and told me to go and sin no more. I still had a choice, and when I began my new life, I walked into a process of restoration and wholeness. It is possible to accomplish wholeness when we walk with Jesus and keep our eyes on Him. For years I had tried to find my way to a place where I could have freedom from my struggles, but I didn’t know of anyone who could give me directions to get there. Just like in the story of the man lying by the pool, Jesus came and gave me the strength to walk away.