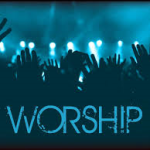 Listen, Trust, Improv
By Deanna Witkowski
Recently, I attended one of the most beautiful music performances I have experienced in years. The concert featured a guitarist and pianist from São Paulo, Brazil, who were performing as a duo for the first time.

The musicians (formidable composers, performers, and improvisers) listened to each other so intently and responded to each other so deeply that the room felt like a house of prayer.
Would the music translate to a Sunday morning worship service? Perhaps not. But what I saw was not an ego-driven, “look at me” performance. I saw openness to the moment, to creating something larger than each person’s individual contribution, and to the people in the room. In turn, the audience responded as enthusiastic and attentive participants. The music became a shared experience.

In our places of worship, we often use the word perform negatively, and we often relegate it to musicians and artists. But if the word liturgy means “the work of the people”—and we are all doing liturgy each week, whether we are Episcopalian or Southern Baptist—aren’t we all working (performing) together to create worship?

As a jazz player, in order to find my own voice, I have studied the great masters—the saints—who came before me. Jazz and other musical styles that encourage improvisation can provide a living, breathing example of church. A jazz combo is a microcosm of community that works to make something larger than its individual parts. Each member has opportunities both to perform a solo and to support other soloists by providing accompaniment. This musical accompaniment—or companionship—is not fixed in advance. It occurs in response to what the soloist is playing. None of this can happen without listening to each other.
In order for a jazz combo to work, its members must trust each other. They must trust the other ensemble members and the overall sense that, as Julian of Norwich said, “All shall be well.” Jazz musicians do not necessarily know exactly what they will play next. Because they are aware of their surroundings, have highly developed musical reflexes, and create sound to edify the group, they can serve as an ideal for church musicians.

Jazz harmony also can serve to deepen sung text. As an arranger, I love to reharmonize well-known hymn texts and have my trio accompany congregational singing. On many occasions, someone will come up to me after a service and share how a particular text was given new life because of the musical setting and the way it was performed (yes, “performed”). Knowing that my work is creating openings for the Holy Spirit to move in others reminds me that I am part of the living body of Christ.

Keep Godly Focus
By C. Michael Hawn
When it comes to worship music, performance is somewhat of a dirty word, but it needn’t be: Those who guide any aspect of public worship are in some sense performers. No one wants those who lead worship to be unprepared or sloppy.

While virtually all Christians can pray or speak in church, only a limited number who have been identified as possessing musical “talent” offer their gifts to corporate worship. Such talents can create a gap between those who have them and those who don’t. I have heard church members say that they “have no talent” because they are not performing musicians. This isn’t true.
At the same time, music is part and parcel to Christian worship and identity. Not all of the great religious traditions include music, at least music as we might think of it. But for most of Christian history, save the Middle Ages, congregational song has been the sine qua non of worship. Those who facilitate the people’s singing in worship are probably less likely to be accused of being “performers.”
Perhaps the perceived abuse of musical performance in worship comes from musicians who offer their gifts in ways that emphasize their artistic skills as soloists or ensembles separate from the congregation’s participation. This is not a new problem. J. S. Bach was accused of playing the organ excessively in worship. The papal document “Tra le Sollecitudini” (1903) was a statement meant to reign in a “theatrical style” of music “that appears less suitable for accompanying the functions of public worship.”

A “performance” orientation toward worship depends largely on the experience and expectations of the individual worshiper. One person’s distraction is another person’s prayer. Different musical tastes inform how a worshiper will respond.

Another issue is the architecture of the worship space. The spaces themselves place the leaders in positions that suggest they are performers more than facilitators of worship. The more sophisticated the technology—sound, lighting, visual displays—the more likely some will complain that the musicians have crossed the line from leading worship to performing.
The musical gifts of leaders are appropriate for worship as long as their message is essentially biblical, relates to some form of prayer—praise, adoration, thanksgiving, confession, intercession, invocation, blessing—and balances the people’s song with their own offerings. Perhaps the ascription Soli Deo gloria (“For the glory of God alone”) used by Bach, George Frederic Handel, and other musicians of ages past could be a starting place. The worship musician can broaden the statement just a bit: “For the glory of God and the worship of the gathered community of faith.”

Risk More Musically
By Monique M. Ingalls
In the Garden of Gethsemane, Jesus asks his disciples to “watch and pray” with him as he combats the powerful temptation to forgo the cross. First Peter 5:8 (ESV) instructs Christians to be “sober-minded” and “watchful” in order to resist the evil that surrounds them. To be watchful and vigilant implies that we must pay attention not only to our inward spiritual state but also to our sonic and social environments.

As worship leaders and musicians, we cannot avoid “performing” when leading public worship. However, we give into “performancism” when we conflate leading a congregation in worship with entertaining or pleasing a crowd. Avoiding it requires that we reframe our perspective. Here are a few places to start.

Watch what you say. Worship leaders and musicians must learn to notice the ways we communicate to the congregation. Spoken and sung words are only two of the many ways we communicate. Our verbal message will ring hollow if an aspect of the medium potentially says something different. What are we communicating about the focus of worship if all our congregations can see when they are singing are the musicians’ spotlighted faces on a big screen? What are we actually saying when we claim unity with other Christians across culture and time and never sing anything beyond the CCLI Top 25 (the copyright licenser that most churches use)?

Relinquish control. Performancism makes us think that aesthetic quality is more important than church members’ participation. Many worship gatherings seek to create a wall of “perfect” sound that dominates, rather than supports, the collective voice.

But corporate worship is much more than a Sunday morning sing-along; it’s a powerful, formative symbol for the Christian life. Are members participating meaningfully if they can’t hear their own voice? As musical leaders, we must constantly seek creative ways to relinquish control of the collective sound and to cultivate the congregation’s voice.
Don’t conform. Performancism sometimes arises when leaders think they must conform to particular artistic and musical expectations. We are under constant pressure to adopt models from influential churches and the Christian media industry. If we are not careful, our music and worship can be determine d more by the cult of popularity than by what works in a local context. We should seek to cultivate the songs, styles, and messages that will build up our particular congregation.
Take more musical risks. Experiment. When we have a steady diet of one style of music—be it pop-rock, gospel, or organ-led hymns—it’s easy to trust in our own competency. It’s strangely freeing to realize that the musical style we’ve mastered is only one among legions. For new sources of inspiration, seek out treasures from history and explore fledgling song traditions the world over. We are nourished when we draw from the depth and breadth of musical and worship traditions beyond our own. It is much harder to give in to performancism when we’re constantly learning and growing.

Monique M. Ingalls, coeditor of the forthcoming The Spirit of Praise, is assistant professor of music at Baylor University.

The above article, “Worship Leaders and Musicians and the Temptation to Perform: Three views on how to keep church services from becoming like American Idol” was written by Deanna Witkowski, C. Michael Hawn, and Monique Ingalls. The article was excerpted from www.christianheadlines.com.

VIEW OUR ENTIRE SELECTION OF MINISTRY RESOURCES FOR ISSUE 24-8

Home Bible Studies
o Did Jesus Exist? Searching for Evidence Beyond the Bible
o Six Important Steps To Witnessing and Getting A Home Bible Study

Promotions
o 10 Ways to Increase Interaction on your Church Facebook Page
o Social Media and The Church: The Good, The Bad and The Ugly