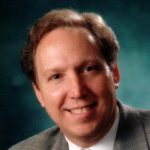 “Bible Quizzing is the West Point, the Naval Academy, and the Special Forces of the Apostolic Movement,” says Bro Marvin Walker, pastor, former North American Quiz Master, and author of How to Have a Successful Bible Quiz Ministry. “In the Armor of God, the sword of the Spirit is the only offensive weapon listed. We want our youth to be avid worshippers in the Spirit, but they also need the same weapon Jesus used to defeat the devil: the Word of God.”

Bro Walker continues, “I personally know of no other aspect of youth ministry through our organization’s history that has produced such a high yield return investment for the kingdom in trained personnel. Last night after Bible Study at our church here in Troy, Michigan a former Bible Quizzer came up to me with her application to serve this year in Apostolic Youth Corps. The years of quizzing infused her full of the Word which she now wants to take overseas in missions work. Brother Jones (General Secretary) and Brother Ensey (General Youth Secretary) were former Bible Quizzers. Organizational officials, pastors, missionaries, youth workers, church pillars throughout our ranks, many have come from a Bible Quizzing background.”

Not only that, Bible Quizzing keeps our people in the church. “The attrition rate of those who have quizzed for three or more years is far less than half than those apostolic young people who weren’t involved in the quizzing ministry to that extent.”

Bible Quizzing started in 1966 in Ohio and expanded nationally the next year. Bro Walker says, “In 1976, I decided to host the first ever interstate ‘Invitational Practice Tournament’ called the Cincinnati Invitational. After that more and more such tournaments began to develop to encourage participation along with monthly district practice tournaments. In the early ’80’s we launched Regional Springtime Quiz Extravaganzas throughout the US sponsored by the Youth Division. At these, quizzers got together for both quizzing and spiritual growth through rally services and instructional seminars.

By the year 2000, having expanded to two senior divisions of quizzing, well over 120 teams were qualifying for and participating in the intermediate and experienced division North American Tournaments from the hundreds of teams participating throughout North America. The addition of the Beginner Division in the Junior ranks would put a smile on the face of any pastor watching his ‘lambs’ quote the Word. Today, around 700 churches, between 4000—5000 kids, are involved in Bible Quizzing.”

If a church wanted to get started in Bible Quizzing ministry, Bro Walker says, “First, contact your Sectional Youth Leader to find out how to contact your District Quiz Coordinator for pointers on starting a Quiz Ministry at your church. If your district does not have an appointed Quiz Coordinator, your Youth President would be a good resource as well as the GYD (General Youth Division). There is also a helpful website: www.seniorbiblequizzing.com. Another great source of study helps and materials is: www.bqpowers.com. Also, find some coach that has experience and put yourself under his or her mentorship, even if it’s someone not from your district.”