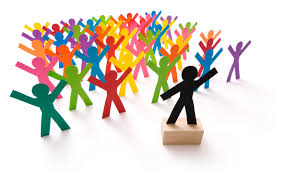 What a leader says is often just as important as how a leader asks. People working underneath someone are often very sensitive to the tone and speech of their leader. If the leader constantly criticizes or demeans people with their words, it becomes a very difficult working environment. In many ways, it’s just like a parent-child relationship. A child will often feel overwhelmed, hurt, and anxious if they live in a home with parents who are constantly cutting them down with words. Obviously, such a situation is far from ideal. So, what are some things a leader should never say—if anything? Here are 10 things a leader should never say.

I’m sure everyone has heard this from a boss or parent before. It’s annoying, to say the least. Such a statement automatically absolves the leader from any type of accountability. Although they expect the people under them to do certain things, they themselves never do it. However, a leader should also be willing to do the jobs (and know how to do the jobs) of the people that work for them. From the pastor to the CEO, no leader is exempt from this. So, stop telling people they should just do whatever you tell them to. Some people like to see their leader do it first—so find out what type of workers you have and how best to communicate with them.

9. You never do anything right

This statement is just a blatant complaint, and more often than not a gross exaggeration. People in general should stay away from using words like “never” or “always” when criticizing people. Yes, it’s fine to give criticism, but there is a way to do it with grace. Saying that a worker “never” does anything right is deliberately trying to cut them with words. Instead, point out some things that they do right and then point out some things that need work. You still get your point across, but you do so without hurting and demeaning the worker.

If you have to tell people this, than something is automatically wrong with the situation. If you’re really the boss, than people will know it by the way you act and talk with others. You take charge, but do it in such a way that people actually respect you. Moreover, declaring this often dismisses any type of arguments or objections from your workers. Essentially, its saying: “what I say goes.” And everyone knows that that never works out too well.

Workers never want to hear this from their boss. More often than not, it will make them work for their employer instead of for the overall goal of the company. They will constantly think how they can please their boss instead of how they can do their job well. Yes, the two will overlap a lot, but not all the time. To keep it safe, just don’t say this!

That’s not the point of being a leader. A leader should make everyone around them better. If they’re constantly doing things themselves, they are not teaching their workers how to succeed. And, sometimes success needs failure first.

Everyone knows you are busy, but that doesn’t mean you don’t take the time to get to know your employees. And, if they want to schedule a meeting with you—don’t keep postponing it! Doing so will make your workers feel undervalued, which is never good for morale.

Don’t tell people what is or isn’t hard for them. Maybe they don’t have the skillset that you do, which makes a certain task harder for them or a concept more difficult to understand. Every worker will be different; you must recognize this and treat people individually. If something is hard for someone, give them time to work on it or learn more about it. Set a reasonable expectation.

Wrong! If you’re the leader, than you must take responsibility for the overall failures of the company, church, etc.

This statement represses people from sharing ideas, at least without anxiety. Every leader must foster an atmosphere where people are free to share their thoughts without being ridiculed or scared. That includes every worker; from the seasoned veteran to the rookie.

1. Failure is not an option

Success is important, but failure is not always a death sentence. During times of failures, a leader should be able to teach valuable lessons that allow everyone to learn from their mistakes. Often times, failure teaches more than success does.

Conclusion
The way a leader talks is vitally important for the health of their company, church, or whatever and whomever they are leading. Ultimately, as the Bible repeatedly points out, words can either build someone up or tear them down. Choose wisely!
From: www.christianmediamagazine.com web site. October 2014.
The above article,”10 Things a Leader Should Never Say” was written by Michael Krauszer. The article was excerpted from www.christianmediamagazine.com.

VIEW OUR ENTIRE SELECTION OF MINISTRY RESOURCES FOR ISSUE 24-9