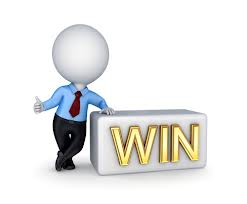 “I have fought a good fight, I have finished my course, I have kept the faith.” (II Timothy 4:7)

Andrew Berstein, a professor at Marist College believes he knows why sports stars are so popular with people. He says, “human beings have a deep yearning for the heroic — and for momentary glimpses of human perfection.” Berstein goes on to say, “The sheer will to excel is what we find so admirable.”

The heart of a champion is an abstract concept, difficult to define and easy to illustrate — it looks much like Tiger Woods.

David had the heart of a champion. He wanted to slay Goliath. People were telling him he wasn’t big enough to do it, but he was ever determined and ended up having great victory.
Is that where you are right now? Are you looking for a momentary glimpse of perfection in your life?

I want to be a winner! What is it that drives elite competitors? Mia Hamm says, “The head is important, but so is the heart. Courage is what sets Tiger Woods and Michael Jordan apart. It takes great skill for Tiger to hit a 2-iron 260 yards over water. But it also takes the courage to go for that shot. Tiger doesn’t think about failure.

Does winning consume you? “For where your treasure is, there will your heart be also.” (Luke 12:34) Where are your desires? What inspires you to succeed? How do you become a champion? How do you program yourself with the want to win?

What is it that makes someone want to overcome the giant?

The world we live in is very performance based. It’s not so much what you do as how you do it?

• The internet connection is never fast enough.
• You’re looking for ways out rather than dealing with what is around you.

We will always fight with our flesh — my flesh doesn’t want to be motivated, my flesh likes sleeping in. It’s hard to endure a situation when you’re fighting to make it.

“Blessed is the man that endureth temptation; for when he is tried, he shall receive the crown of life, which the Lord hath promised to them that love Him.” (James 1:12)

Are we putting little effort in expecting to get success out of it? And we wonder why we don’t see things happening…
To overcome your struggle you have to HOLD FAST to God’s unchanging hand. If you expect to have any success with God there are some battles that you will have to fight — but you have to hold on to win. Just hold on. It may seem like you can’t move forward, but hold on — holding on is sometimes moving forward.

It takes a made-up mind. There will be difficult times — you must be committed to winning.

In 1969 Bo Schembechler became the football coach of the University of Michigan. The team had many rough years before this. The storied program was slipping from the domination that it had years previous with many Big Ten Championships and a few National Championships. With this in mind, Bo knew that to win there would have to be many sacrifices made. At the end of one spring practice, in one of Bo’s famous speeches to the team, he told them that “those who stay will be champions.” He told them it would be hard and that they would work harder than they could imagine. Spring practice opened up with 140 recruits wanting to be part of the Maize and Blue tradition. Bo knew in his mind that to turn things around there would have to be a group of men willing to take the time and effort to win. Bo pushed those men day after day, not letting up and not settling for mediocrity. Sure enough, through all the practices and all the training some men just gave up. It was too hard some would say. It’s not worth all this work, others would say. But in the end 75 men decided they wanted to win and would push themselves to be champions.

There are four characteristics common to champion athletes. (and champion Christians!)

1.) Competitiveness — One who loves the heat of the battle. He isn’t afraid to win, he expects to win.

2.) Confidence — The belief in the ability to perform. These people think, act and believe in a very confident manner.

3.) Composure — Can you keep it together under pressure? in crunch time? How do you deal with mistakes? Can you stay composed and forget about them or do you get upset and thrown off your game?

4.) Focus — They focus on what’s most important and when they do get distracted, they refocus quickly.

“For I am persuaded that neither death, nor life, nor angels, nor principalities, nor powers, nor things present, nor things to come, nor height, nor depth, nor any other creature shall be able to separate us from the love of God, which is in Christ Jesus our Lord.” (Romans 8:38-39)

To be a champion require entire consecration — nothing will move you from reaching your goal.

• You can’t leave or give up when things aren’t going the way you want.
• Quitting never wins.
• How will you focus for this church to win?
• Keep on keeping on through the thick and the thin and you will win.

“I press toward the mark for the prize of the high calling of God in Christ Jesus. ” (Philippians 3:14)
• To win the reward you will have some suffering to endure.
• To win at the highest level, you have to willing to be committed to the cause.
Victory
We all want to win. Some people
think they can train two or three times a week instead of seven or eight. They think they can take a game off. The great ones don’t.
• Commitment to carry into action
deliberately.
• You can’t be a Christian on Sundays and Wednesdays only if you plan on winning.
• Stay the course until the end is how you have victory. ” I have fought a good fight, I have finished my course, I have kept the faith: Henceforth there is laid up for me a crown of righteousness, which the Lord, the righteous judge, shall give me
on that day: and not to me only, but unto all them also that love His appearing.” (II Timothy 4:7-8)
• There is a reward!
• Truer words are rarely said. Both the Apostle Paul and Bo say, “If you stay, if you are committed to the cause, you will be a champion whether it’s for God or for the team, if it is in your job or your studies, if you are dedicated to the cause you will win.
• To win you have to follow the coach — even when the coach has you doing 2-a-day practices. Those who follow the pastor and do what the Bible says will be champions.
• Aaron and Hur held up Moses’ hands all the way to victory. (See Exodus 17:8-16)

How will you focus yourself to win?

• Pr ACT ice like a champion. To be a champion, you have to act like one.
• Quitters never win.
• When Paul says, “I have…” he’s had struggles and won. He had determination and finished and kept the faith all the way to victory.
• How faithful to the cause will you be? Will you have the commitment to stay in the game?
• After 20 years of coaching at the University of Michigan, Bo retired and sure as his promise — all the men that stayed all four years of college won at the very least a Big Ten Championship, proving the point that “those who stayed WERE champions.”
“This order I give to you Timothy my son, in harmony with the words of the prophets about you, so that by them you may be strong, fighting the good fight. Keeping faith and being conscious of well doing, for some, by not doing these things, have gone wrong in relation to the faith. ” (I Timothy 1:18-19) BE
• You have to follow the coach to win.
• Do you have what it takes to be a champion?
• Who is going to fight the battle?
• Do you have the soul of a champion? The desire to be the best Christian you can be?
• If you stick with Christ, you WILL
be a champion!