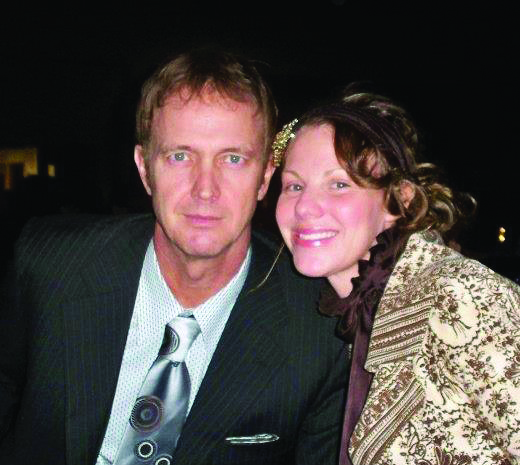 Do You Have An Intelligently Designed Life?
by John Martin

Besides understanding that God specially created everything, another measure of faith is to believe we have a specially designed life. The psalmist said, “I will praise thee; for I am fearfully and wonderfully made” (Psalm 139:14). hiS year marks the 200th anniversary of Englishman Charles Darwin’s birth.

In addition to honoring his birth, many celebrate this year as the 150th anniversary of Darwin’s The Origin of Species By Means of Natural Selection. This book, unlike any other, convinced scientists to overthrow the orthodoxy of religious opinion concerning origins of life. Not only did this book affect scientific opinion; there were other ramifications as

Since Darwin’s theory imagined that all life originated from a common ancestor, it was hailed as a breakthrough. He did not invent the concept of evolution, but he made it easier to believe that it could have occurred naturally. Yet, while Darwin correctly observed that natural selection or survival of the fittest living thing takes place, there is no proof that this functions the mechanism results in one kind to another kind.

Cultural vices we face today are linked to Darwin’s philosophy. Communism’s founders referred to Darwin’s book as a great tool of its basic tenants. Abortion is seen by leaders as selecting against the unwanted “potential” humans, reasoning that if the weak and undesired are eliminated the strong will survive and thrive. Indeed evolutionary thought promoted by Darwin opposes a biblical world-view, ultimately denying that a person’s life has a specific plan designed by God.

Since Darwin’s theory imagined that all life originated from a common ancestor, it was hailed as a breakthrough. He did not invent the concept of evolution, but he made it easier to believe that it could have occurred naturally. Yet, while Darwin correctly observed that natural selection or survival of the fittest living thing takes place, there is no proof that this functions the mechanism results in one kind to another kind.

Only after the beginning of the twentieth century did scientists surmise that a favored species could form naturally through genetic mutation. This revised view is called Darwinism. Again, this does not constitute proof. While genetic mutations may cause small changes from parent to offspring, there is no observable proof of the creation of a new kind of living thing. Varieties within species can be seen in all life, such as cattle or pets. but these variations do not establish Darwin’s view of evolution.

Why should Christians be cautious of Charles Darwin’s ideas? As modern atheist Richard Dawkins stated in his 1986 book The Blind Watchmaker, “Darwin made. it possible to be an intellectually fulfilled atheist.” If this is true for atheists, then it makes sense that Christians who deny the Bible’s clear teachings on special creation will be prone to deny other Bible doctrines. Ironically, the first temptation recorded in the Bible was where Satan aimed at twisting and negating God’s words in the minds of Adam and Eve. This is still his tactic today.

Never before the nineteenth century had any sincere Christian or Jew ever imagined that God used the process of evolution to form all in~rganic organic material. In other words, no follower of God’s Word believed every living thing developed through gradual changes from one kind to another. When Darwin’s notions became popular, many liberal Christian leaders quickly interpreted God is a creator by evolution. Many of these same liberal Christians began to disbelieve the miracles of the. Bible and even the deity of Christ. It is no wonder that when the classical Pentecostal movement arose in the twentieth century, liberal Christianity did not accept it. If the original story of Creation is disbelieved in the first two chapters of Genesis, then why believe in the Pentecostal outpouring in the second chapter of the Book of Acts?

Jesus confronted His critics by asking them if they knew the Scriptures that teach that God made them male and female in the beginning. (See Matthew 19:3-6.) His question recognized the special creation of Adam and Eve in the first two chapters of Genesis. Some critics of Genesis stress that the creation account in the first chapter is different from the account in the second chapter. Jesus combined passages from both chapters relating to Adam and Eve, endorsing the view that both accounts complement, not contradict, each another. Certainly, He would have told His followers how they should under- stand the Genesis account of creation. His teachings not only endorsed special creation of Adam and Eve but also special creation of living and non-living things.

In proper Bible interpretation it is essential to ask how the original biblical text would be understood. This question is not always easy to answer, but by examining the context of a passage and letting Scripture interpret Scripture we can have better assurance of biblical doctrines. Interpreting the Bible
primarily from personal opinion or tradition is what contrasts
Oneness Pentecostals from other Christian groups.

The philosophy derived from evolution teaches that only what is natural should be the basis of truth. Christ emphasized that people are not meant to live with food alone but with the very words-of God.(See Luke 4:4.) Focusing on the natural world alone ignores the great God Who created the natural world. We are thankful today to have God’s Word, which shows that God is not only almighty, He is everywhere present and all-knowing. He is also the Creator.

In recent years, there has been a stronger opposition to Darwin’s views on evolution. Interested Christians will find much material to strengthen their faith against the specific claims of evolution. One must realize that the Bible does not stand opposed to empirical or observable science. The Book of
Hebrews encourages us by stating through faith we understand that the universe was created by the word of God. (See Hebrews 11: 3.) This emphasis on God’s Word being the special creative force is observed eight times in Genesis chapter one. The emphasis is clear. Creation took place, not in a long Darwinian process of time, but immediately by the Word of God.

Besides understanding that God specially created everything, another measure of faith is to believe we have a specially designed life. The psalmist said, “I will praise thee; for I am fearfully and wonderfully made” (Psalm 139:14). Paul endorsed this proclamation by saying that we have purpose before
time began. (See II Timothy 1:8-9.) May we never forget that we have been designed not merely to live for ourselves but to witness the love of Christ to lost souls. We do have an intelligently designed life.

John W Martin is a graduate of Urshan Graduate School of Theology. He earned a bachelor’s degree in Zoology from Mississippi State University. He is a licensed minister with the United Pentecostal Church International.