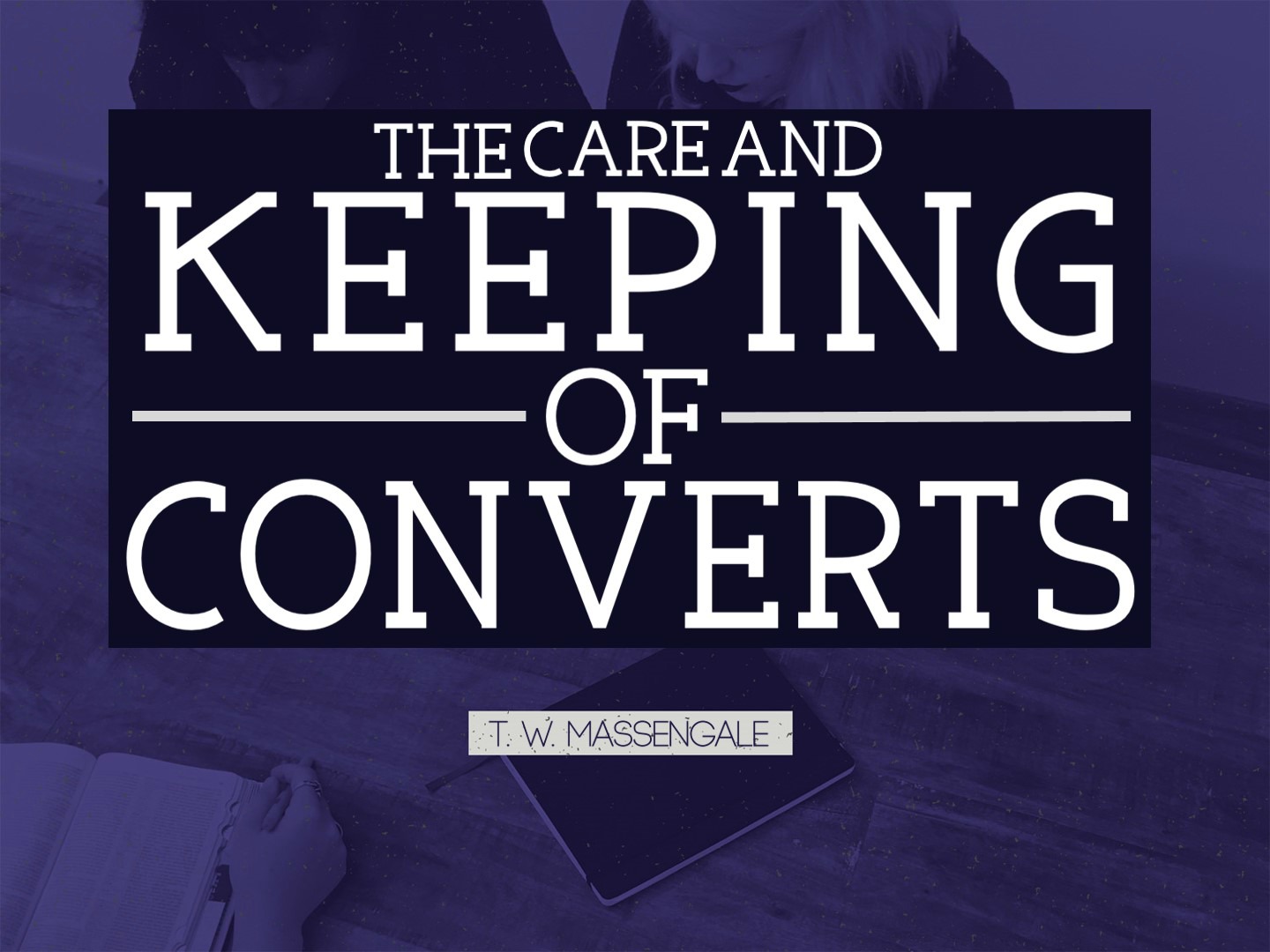 Some might argue that the new convert is covered in these areas simply by attending regular services. This may be true in a general sense, but new converts have special needs that are inadequately met by only a normal service. That would be like saying, “What mom fixes for the rest of the family is sufficient for her newborn baby.” This is not true. Babies have certain needs which adults do not. These special needs must be met or the child may suffer and die.

John and Debbie Scott had high expectations as they walked down the aisle to be introduced to the congregation. A week before, John and Debbie had both received the Holy Ghost and were baptized. Now, they each testified of the wonderful change that their new experience had brought. The congregation rejoiced, obviously pleased to have this new couple and their three beautiful children become a part of the church family.

Eight months later, after those warm words of welcome, John and Debbie Scott were gone. They had not been to worship in two months and unless the Lord intervened, would probably not attend church again. They became a part of a growing number of “backsliders” that had come in the front door and, before they were really ever established, had gone out the back. There had been no falling out with the pastor or the people. There was very little conflict in doctrine or standards. The problem was that John and Debbie had never really become a part of the life and fellowship of the church. They never truly felt “included.”

Because of this, their attendance had been sporadic. They had developed few friends. They were seldom seen at church socials and picnics. Slowly they had drifted back to old habits and friends. What was worse, few people in the church even knew they were drifting away. Now, John is somewhat bitter. He feels the church is “cliquish” and unfriendly. Debbie thinks the standards are unreasonable and the pastor is narrow minded.

What happened?  Why did this seemingly happy marriage between two new Christians and the Lord end in separation and divorce? And more important, is there something the church could have done that might have kept it from happening?

The answer is most likely “yes.”

The Good Shepherd is the one who – even with ninety-nine in the fold – went out into the rough, rocky places to seek for the one sheep that was lost. The Good Shepherd refused to give up until the stray little one was brought back into the fold. Every lamb that was born was important. Every sheep was loved and cared for.

In contrast, the Bo-Peep church believes exactly what the poem indicates: “Little Bo Peep has lost her sheep and doesn’t know where to find them. But leave them alone and they’ll come home wagging their tails behind them.”

In taking this stance, saints are often heard to say, “Well, they know the truth. If they want it they know where to find it.” How sad! They have become “Bo-Peep” churches in a “Mother Goose” fantasy land that does not feel or see the hurts and needs of new converts.

New convert retention must become a top priority of the church! It does little good to place our total focus upon outreach when we are losing people as fast as we gain them.

The New Testament church began with explosive growth. There was over 3,120 converts the very first day. That’s a lot of new babies! It had to be the work of the Holy Ghost to inspire the Apostles on how to establish these new Christians.