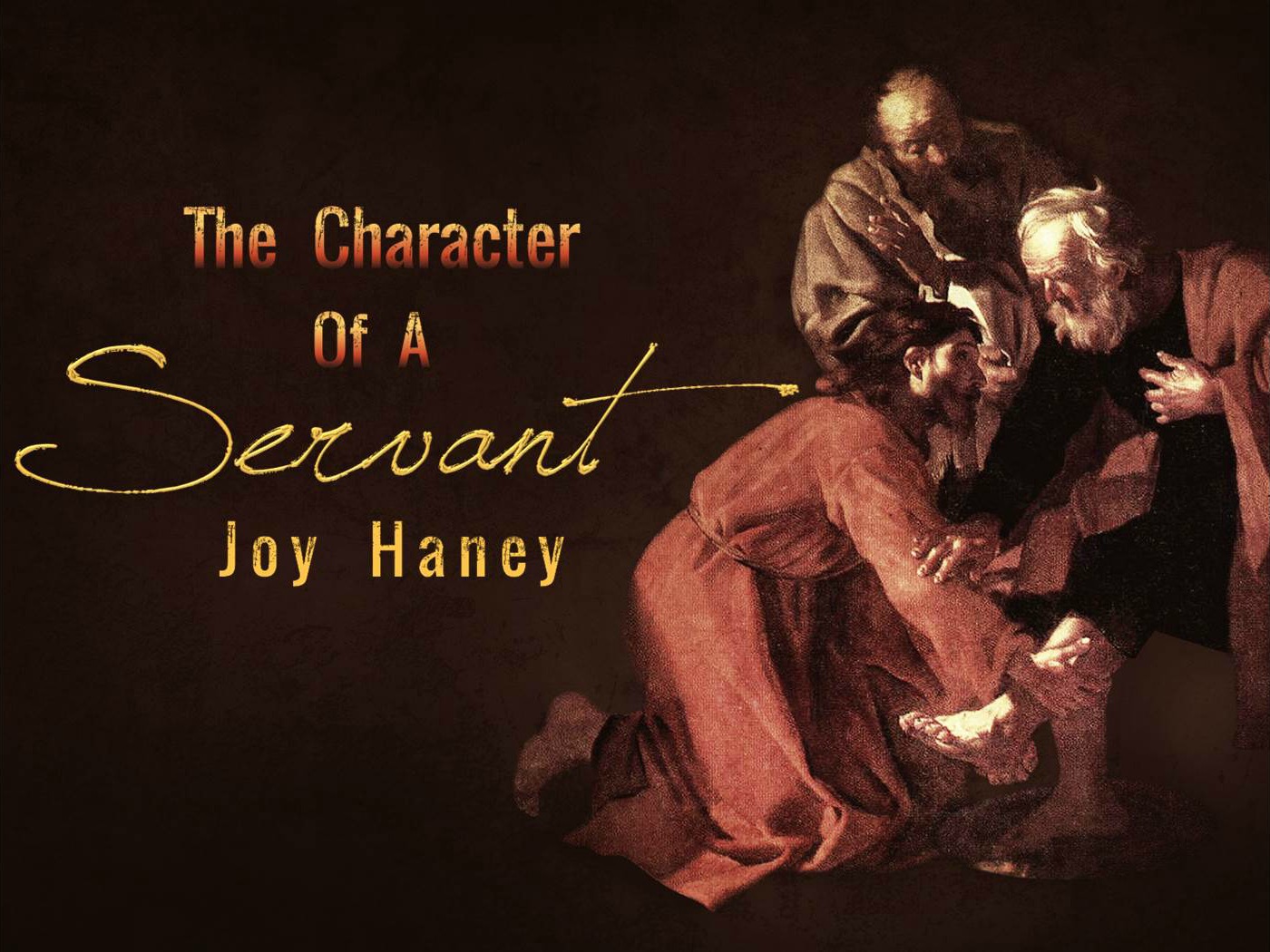 While Joseph was serving, Potiphar’s wife was attracted to him and tempted him. Joseph declined her offer, and she was outraged and humiliated. Again Joseph was unjustly treated. He was thrown into a pit again. This time it was a prison.

Again Joseph served well. The keeper of the prison committed to Joseph’s oversight all the prisoners. Even in prison Joseph had a place of leadership, which was the Lord’s doing.

Two men had dreams while in prison and were troubled by them. Joseph asked them, “Wherefore look ye so sadly to day?” (Genesis 40:7). He could have ignored them, but his caring, servant spirit made him ask. When he heard the dreams he interpreted them. He could have kept the knowledge to himself, but he blessed them by sharing what he knew. An unselfish spirit was Joseph’s.

Stuck in a prison away from his dreams and the limelight, Joseph was steadfast and faithful. Even in a foreign country and in a dungeon he kept his integrity. He was young and handsome but misunderstood, lied about, and envied. For two years he served without respite from his lot in life, but he kept a right spirit. Being unjustly punished and hidden from proper society, with only prisoners and rats for his social life, could make any man bitter, but Joseph served well even in adverse circumstances.

The true spirit of servanthood manifested itself even when Joseph’s brothers came to him for grain. He could have been vindictive, but he chose to be merciful. He was the mighty leader of Egypt. He had power to seek revenge and get even, but the sight of his family caused him to weep. He was still tender and forgiving; life’s bitter trials had not caused him to become hard and calloused. He had the true character of a servant: willing, forgiving, serving, and seeking the welfare of others. One of Joseph’s most prominent character traits was his eagerness to return good for evil.

Before he ever saw his brothers he had already settled the matter in his heart. The names of his two sons tell it all. “And Joseph called the name of the firstborn Manasseh [Forgetting]: For God, said he, hatch made me forget all my toil, and all my father’s house. And the name of the second called he Ephraim [Fruitful]: For God hath caused me to be fruitful in the land of my affliction” (Genesis 41:51-52).

What he was saying is, “I am not carrying the bitterness and bad memories of hard work and trials around with me.” He did not deny his hardships, but he acknowledged the will and blessings of God in all that happened to him. He was seventeen when he first encountered bitter hatred, and for thirteen years he served well, until he was made the highest ruler in the land of Egypt under Pharaoh.

The character of a servant rests deep inside a person and surfaces at every interlude of life. Whether in war or peace, in a prison or a palace, in the city or the country, true servanthood is exhibited by a great spirit. The following story illustrates this truth.

“A Russian soldier, one very cold night, kept duty between two sentry depots. A poor workingman, moved with pity, took off his coat and lent it to the soldier to keep him warm. ‘I’ll soon reach home,’ he said to the soldier, ‘but you’ll be exposed all night to the bitter wind.’

“Some time afterward this workingman lay desperately sick, and the physician said there was no hope of recovery. As he neared the end, he seemed one night to see a vision. He thought he saw the Saviour. The coat He wore looked strangely familiar. ‘That looks like my coat,’ he said to the Master. To his great surprise the Saviour answered: ‘Do you recall a very cold night when I was on sentry duty and you passed by?’

Caring enough to give our coat or to wrap someone up in our love is the mark of true greatness. Selfishness and greed are the marks of the haughty, the opposite of the servant. Let us examine the years we have lived, the ways and paths our feet have trod. Have they walked down streets of love and care, or have they walked with hate and unconcern?

What gates have you opened? What gates did you pass? Did jealousy beckon to you beyond the gate, and did you walk through? Did envy and revenge bid you to come in? Did bitterness and strife offer you comfort, and did you accept?

If you did, there is still hope. You can begin anew. This is a new day, a day of fresh beginnings. You can walk out of those gates of jealousy, anger, and revenge and close them tightly behind you. Walk further down the path of life and open gates of love, kindness, and servanthood. You have the power through Christ to do so. Let the character of a true servant become a part of your whole being, for Jesus said, “He that is greatest among you shall be your servant” (Matthew 23:11).

The above article, “The Character of a Servant,” is written by Joy Haney. The article was excerpted from the sixth chapter of Haney’s book¸ May I Wash Your Feet?

1 thought on “The Character of a Servant (Entire Article)”