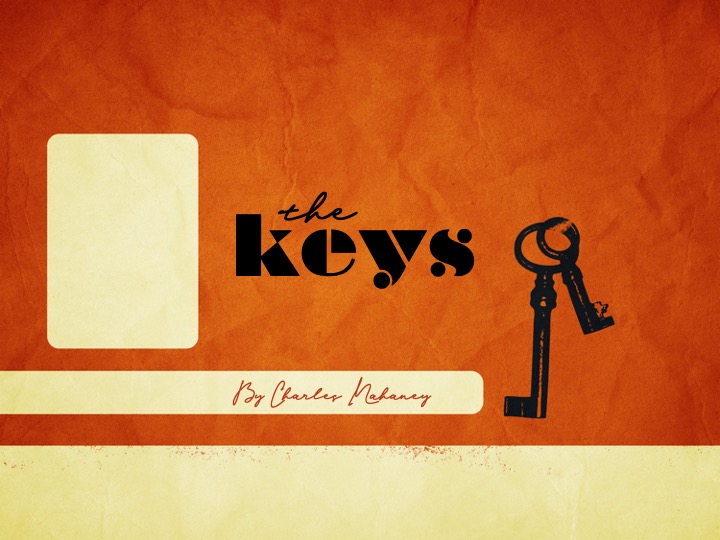 There is nothing as forlorn and lonesome as an old, empty house, unless it is an empty life. The new-birth experience, or being born again, brings God’s transforming power into the deepest depth in a life. It transforms thoughts, actions, affections, and the will of the whole inward man. New birth is the grandfather clause of Life Recovery.

We cannot consecrate and change unless there is a power within us that is greater than the power that is in this world. Part of the born-again experience is deliverance from, and the other part is purchase to. We are not our own. We have been bought with a price, and we no longer belong to sin and destruction. We belong to God.

The words spilled into the night air of Jerusalem from the lips of Jesus, “Ye must be born again” (John 3:7). The Savior of the world, the long-awaited Messiah, looked the man Nicodemus in the face and spoke these words to the ages. This man was a member of the Sanhedrin, the religious supreme court of Israel. To be a member of this religious body, a man had to be without a flaw in his life. Nicodemus, who was a recognized teacher of the Old Testament and the law, could quote from memory the first five books of the Bible by the time he was ten years of age. Circumstances had left no stain on his character.

The shock of Jesus’ statement caused Nicodemus to grapple for words. Jesus, in so many words, told this great religious leader that being born again is something to experience rather than something to be defined. Being born again is the infusion of divine likeness into the human spirit. It is the impartation of God’s nature into us that makes us able to become the sons of God. It is new life flowing into a spiritually dead soul. New birth is a union of our souls with Jesus. The past has no future to those who are willing to be swept from the immediate to the transcendent, from the natural to the supernatural by this new life in God.

The exchange Adam made by his rebellion is stamped into the DNA of every soul. He exchanged the glory of God for the lie of a serpent. He became more like the snake and less like God. In each person the tarnished image of Adam’s rebellion exists, and like Nicodemus, it is sometimes covered by religious action.

In Adam something changed. His mind and spirit disconnected, and he became mind controlled.

Through the ages, man has lived in the consequences of a moment’s choice. In Genesis 3:9, God called to His creation, “Adam, . . . where art thou?” God had become more than a distant deity. He had become man’s pursuer.

Throughout the Scriptures we find God looking for and pursuing that which He had created. God found Abraham in a city of idols, Noah in a world that was flooded with wickedness, Moses on the throne of Egypt, and Jacob at the brook Jabbok. He found Joseph in a pit, David worshiping on a rock in Judah, Peter on a fishing boat at Capernaum, and Paul on the road to Damascus. He calls to each of us, hoping we will step back into unbroken fellowship with Him. He knows every man’s address, and He wants us more than we want Him. Circumstances become a purpose in the hand of God. Without the new birth, we are a husk without the grain and a shell without the kernel, full of nothing but emptiness.

In the Old Testament, as the Israelites were delivered from Egypt, they were surrounded by a cloud which was the glory of God’s presence. In the New Testament, we are surrounded with a great cloud of witnesses. In the New Testament we find Mary Magdalene, out of whom Jesus cast seven devils, Zacchaeus, who sold out his own people for money, and the woman at Sychar, who had been married five times and was living in her sixth relationship in a common-law situation.

Five is the number of grace in the Scriptures.

David used five stones in preparing to slay Goliath. The anointing oil had five ingredients, and the incense had five ingredients. Jesus had five names in Isaiah 9:6. This woman of Sychar had had five relationships, and she was in her sixth relationship. Six is the number of man. However, when she met the seventh man, Jesus, He led her back to grace.

New birth is deliverance from the flesh to the Spirit realm. The Bible tells us that God is completely and fully revealed in Jesus. Jesus said, “The words that I speak unto you, they are spirit, and they are life” (John 6:63). His Word in our hearts is the germ of life, and when obeyed, it brings us into a new life. His seeded Word releases the tremendous reservoir of God’s life into our lives.

Being born again is more than a certain way of acting within a specific religious institution. It is more than keeping rules and belonging to a particular group. It is of the Spirit. Flesh is flesh, and flesh must come to terms with God’s Spirit. This is what Jesus called the new birth, or being born again. Birth is always a cleansing. It is leaving the old container. It is the powerful, agonizing separation of the new life from the old. It is the pushing away of the flesh that cannot hold back the new life coming forth. It is a complete committal of that which is being born to new, limitless life.

In the natural, the valve in a new baby’s heart closes and allows the infant heart to pump on its own, giving blood throughout its body. Each of us has had a physical conception and a physical birth.

Everyone must go through the same process to become a living, breathing person. There is no exception to the rule in this physical world. When we were born into this world, we knew practically nothing concerning it. A fundamental physical law is that birth brings growth and maturity. This is also true of the spiritual world. New birth is the vital first step in recovery and spiritual maturity. New birth performs the mission of reconciliation. The new Spirit-life gives the faith to supply what the flesh lacked, and it accepts truth and supplies its need. It makes belief the normal and unbelief the abnormal. To recover we must come to ourselves like the prodigal in the pigpen. We must face the problem. But what do we face it with? The answer is a born-again, Spirit-filled life. The answer to a trouble-filled yesterday is a Spirit-filled today. The supreme need to overcome is to learn how to host the Holy Ghost.

Jesus turned to Peter one day long ago and asked the probing question, “Whom do men say that I am?” (Mark 8:27). God’s manifestation in our lives is limited only by our own manifestation. However, God’s manifestation is hindered when we manifest our human will. One precludes the other. It is when we yield to the lordship of Jesus that God’s will begins to work. Jesus looked and saw Peter the rock in Peter the unstable, and He waited for Peter to reply. Peter said, “[Some say] John the Baptist; but some say, Elias; and others say, that one of the old prophets is risen again” (Luke 9:19). Jesus let Peter know salvation never rests on what some say of Him. Jesus said unto him, “But whom say ye that I am?” (Mark 8:29). Because of his answer, Jesus told Peter, “I will give unto thee the keys of the kingdom of heaven” (Matthew 16:19).

Acts exploded and burnt in the city of Jerusalem. The Day of Pentecost came, and the Spirit descended. The Spirit of God put the cry for fulfillment into the lives of men and brought them to the feet of a loving God. Soon the waves of the new church flowed into the entire world, and Jerusalem was turned upside down. Man could now be set free by the new birth from the chains that Satan had shackled on Adam. Peter, the spokesman and preacher of Pentecost who had been given the keys to the kingdom of heaven, answered the crowd’s question, “Men and brethren, what shall we do?” (Acts 2:37). Peter used the keys Jesus had given him and unlocked salvation for three thousand souls. This key also fits the lock of your unborn potential in God.

At Cornelius’ house, this lock was the hungry spirits of men, and again the key was the message of the cross, death, burial, resurrection, and Pentecost fully come. In the second chapter of Acts, Peter opened the potential for new birth to the ages (Acts 2:38-39). This is the heartbeat of the Joy of Recovery.

The above article, “The Keys,” was written by Charles Mahaney. This article is excerpted from the fourth chapter of his book, “The Joy of Recovery.”