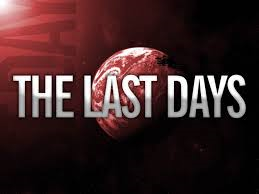 With each passing day, we are closer to the Lord’s return than ever before. Just as the Lord waited for the ark to be prepared, so He extends long-suffering to our generation so more souls can be saved (I Peter 3:20). Yet, generation after generation has yet not seen the fulfillment of this Biblical prophecy, resulting in the continual growth of two polarized, ideological camps. Believers see the signs of the impending Lord’s return and strive to maintain spiritual readiness in the midst of a morally declining world. Doubters view the passing of many years and generations as the logical proof of contradiction to these Biblical declarations. Since the days of the Apostles, the Church has faithfully pointed to increasing wickedness as one of the signs of end times, while doubters and scoffers point to the Church as the shepherd boy who cried wolf a few too many times (II Peter 3:3-4).

While Matthew 24:36-44 and Luke 17:26-36 speak more of the events surrounded the end times, this article will focus on the people involved. The passage of II Timothy 3:115 separates all of humanity into three basic groups: the ungodly, the “false” Christians and the true Christians.

The ungodly as described in II Tim. 3:2-4 are appointed numerous descriptions, two of which seem to stand out: “lovers of their own selves” and “lovers of pleasure more than lovers of God.” Whether a person is a trucebreaker, traitor or one of the other categories, the source of their spiritual dilemma ultimately originates in the same core issue: they love themselves more than they love for God. Though Paul offers no immediate counsel regarding each individual sin, he later provides a game-plan to the true Christians.

While the ungodly openly flaunt their wickedness with no connection to Christ, the “false” Christians willingly cloak themselves under the banner of Christ with a “few extra” or a “few less” self-determined criteria (II Tim. 3:5-9). Verse five gives the reader two characteristics to watch for in determining those in this group. First, they have a “form of godliness”. Form’ is the very form, semblance, or resemblance while godliness’ means reverence, respect, piety towards God, or holiness. They have an convincing illusion of godliness. Secondly, they are “denying the power thereof:” Their words actions and mindsets deny or reject true godliness and the power that it generates. The modified Christian experience they choose to live is without genuine power.

The danger of this false group comes from the fact that they may look or sound Christian but the life they live is not what the Bible declares that intakes to be a Christian. Unless a person actually knows what is in the Word of God, they will not be able to tell the difference and may easily be deceived. The effectiveness of the “false Christian” deception runs parallel to the sincerity of their life — they are often nice people who do nice things. Regardless of their goodness they are still false christians.

Perhaps Paul gave insight into the confrontations that true Christians will eventually have to face with false Christians over Biblical truth (II Tim 3:7-9). Jannes and Jambres, the magicians of Pharaoh, were named as an example of these false christians. They openly and publically resisted truth, and also had corrupt and reprobate minds. Paul doesn’t stop there. He later mentions that the false Christians won’t proceed or progress any further. Truth openly reveals the false in the same manner as the plagues eventually confounded the Egyptian magicians (Exodus 8:18-19). Paul reminded Timothy of the gospel he preached, his manner of life and ministry, the persecutions he faced, and the deliverance that God provided (II Tim 3:10-11). This gave Timothy a clear contrast between faithful obedience and convenient disobedience.

After describing the two groups that escalate the perilous times (the ungodly and fake Christians), Paul then issued a stern warning , “all that will live godly in Christ Jesus shall suffer persecution” (II Tim. 3:12-13). Note he used the word “persecution” — a guaranteed conflict within humanity, whether at the corporate or individual level. He warned that evil men (the ungodly) and seducers (false Christians) will get worse and worse, deceiving more and being deceived more.

Paul’s game-plan to the true Christians hinges on one concept: the continued obedience to the Word of God and all the truths found therein( II Tim. 3:14-15). He points out that Timothy was taught and assured of Biblical truths; from his childhood he was able to learn and memorize Holy Scriptures for himself. Note: the Scriptures “are able to make thee wise unto salvation through faith which is in Christ Jesus.” Paul then elaborated on the purpose of Scripture in a person’s life (II Tim 3:16-17). Ultimately, the Scriptures remain constant in an ever-changing world (Psalms 119:89, Mark 13:31).

We don’t know the day or the hour when the Lord will return, but we do know that continued obedience to the Word of God will allow us to be ready for when He does come back. Plain and simple.