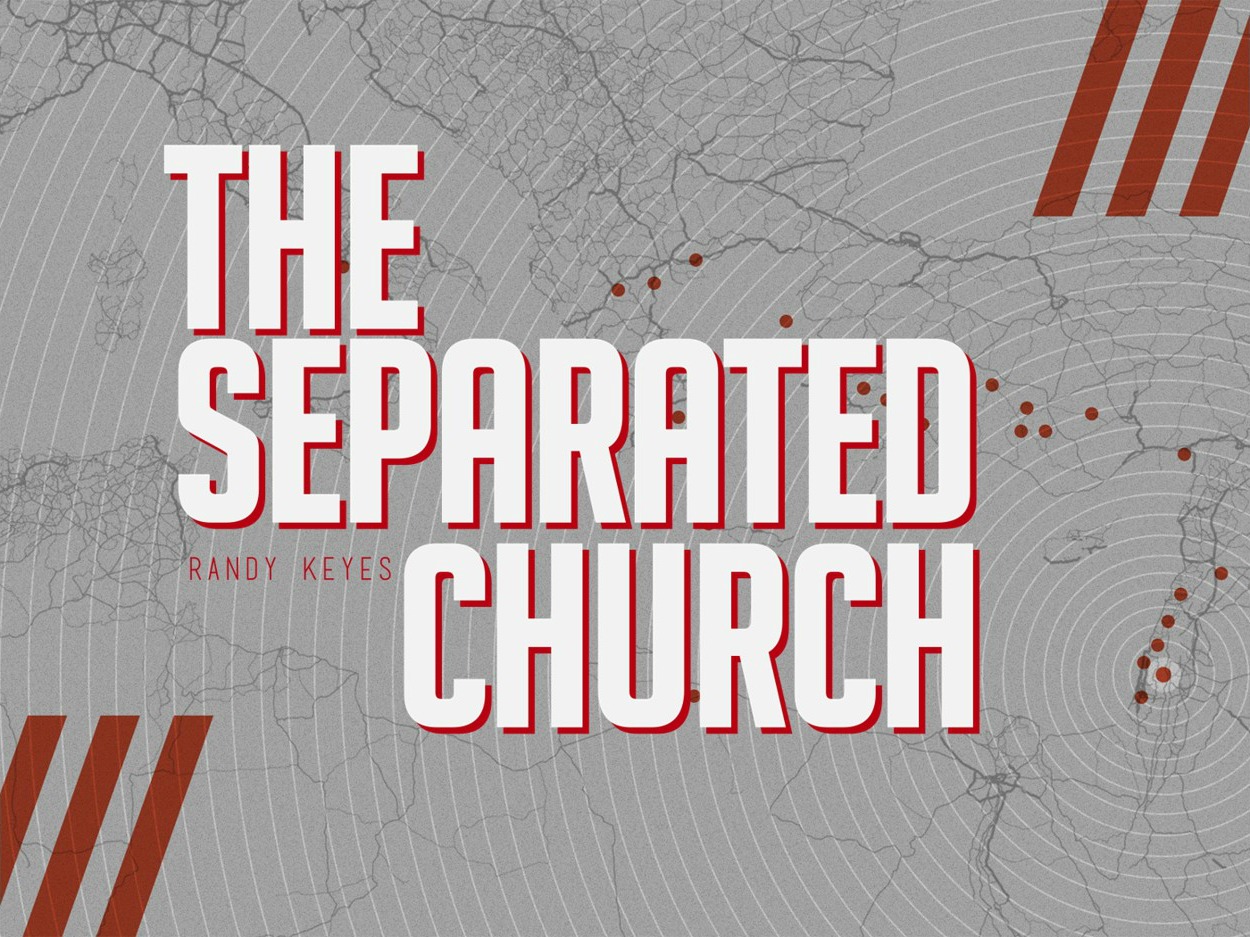 The church, as we know it, is first mentioned in Matthew 16:18. Jesus Himself announced the beginning of the church: “Thou art Peter, and upon this rock I will build my church.” While Old Testament prophets had spoken about the concept, none of them used the word “church” before Jesus did. The only possible exception is the way Stephen referred to Israel as the church in the wilderness because they were the people God called out of Egypt (Acts 7:38).

The doctrine of separation is one of the most prominent doctrines of the entire Bible. It is difficult to distinguish the concept of the church from the doctrine of separation. The words “church” and “separation” are in some important ways interchangeable. The New Testament Greek word ecclesia, translated as church, means “to summon forth,” to show the church as the “called out” (or separated) assembly. The church is called out not in a restricted sense, but rather we position ourselves to be blessed and receive the promises of God by coming out from the world system.

The concept of being called out goes as far back as Genesis 11 where God called Terah out from Ur of the Chaldeans to go into the land of Canaan. (See Genesis 11:31.) Terah partially obeyed, going as far as Haran. God turned to Terah’s son, Abram (Abraham), calling him to fulfill what his father had left undone, namely to separate himself from family and friends and dwell in the land of Canaan. (See Genesis 12:1.) God promised Abram that he would form a new “great nation” whose people would be separated unto God.

In Genesis 13, after Abram separated himself from his nephew Lot, God again visited him with renewed promises of blessing. Although Lot had journeyed from Ur with Abram, strife between their respective herdsmen led Abram to propose that they go their separate ways. Lot chose the cities of the plain, pitching his tent toward Sodom (a symbol of corruption, immorality, and worldliness), while Abram remained apart from the cities. Immediately after they separated, God visited Abram and renewed those promises of blessings, land, and posterity to him.

Separation is even more clearly taught in God’s dealings with Israel, His chosen people, especially in the record of the Exodus. Israel had suffered for generations under Egyptian bondage after the death of Joseph. Their cries of distress ascended to God, who called Moses to miraculously lead them out of Egypt to a land of their own so they could freely worship the one true living God. An analogy can be drawn in the divine way God brought them out—through the Red Sea by way of the pillar of a cloud and fire—to the New Testament church as referenced by the apostle Paul in his writings: “Our fathers were under the cloud, and all passed through the sea; and were all baptized unto Moses in the cloud and in the sea” (I Corinthians 10:1-2). The way out of Egypt (a biblical representation or “type” of sin and the world system) in the New Testament church is by our baptism in water and Spirit.

After God miraculously delivered Israel through the Red Sea, they arrived at Mount Sinai. Moses ascended to the top of the mountain to receive commandments and instructions from God as to how His people were to live and worship. The Lord’s directions were detailed and specific; they affected not only their mode and place of worship, but their property rights, how they ate, their manner of dress, personal relationships, and crime. These instructions were not simply burdensome requirements and regulations; instead they positioned Israel to receive multitudes of blessings from God.