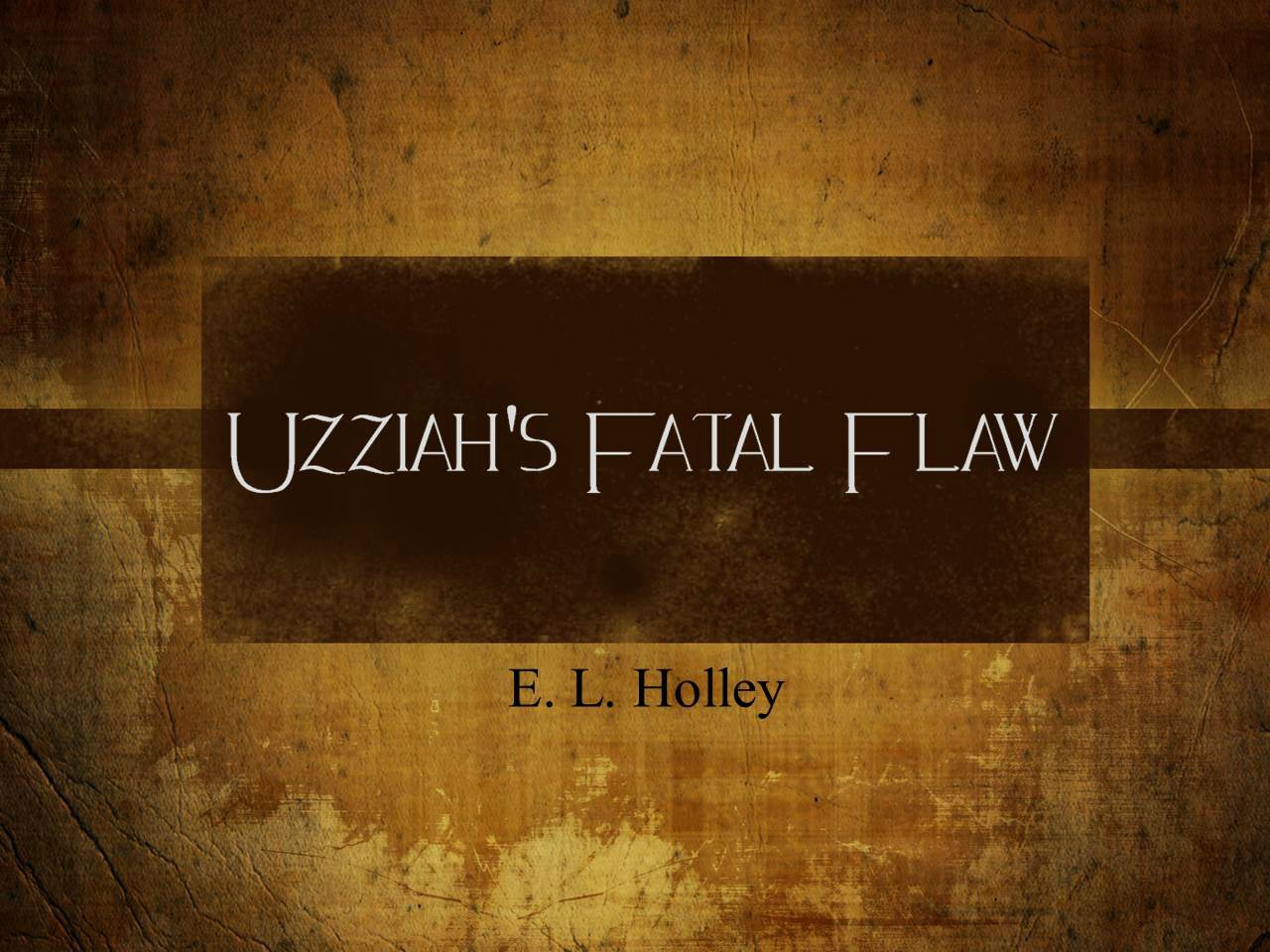 Success—how sweet the sound! Nothing, they say, succeeds like success. We all love to hear a success story. Our hearts are lifted and our souls are inspired by the victories of the victorious. We especially thrill to the exploits of the godly!

Uzziah’s story is like that. Well, almost. There was single flaw, and were it not for that one “fly in the ointment,” the account of his life would be the classic of success stories. If only there had been no fatal flaw…if only!

You see, he was catapulted into the limelight at an early age. A king at sixteen years of age! He ascended to the throne at the death of his father. But, at that young age he responded to the demands thrust upon him with wisdom and energy. The chronicler tells us, “He did that which was right in the sight of the Lord…and he sought God” (II Chronicles 26:4,5). He inspired all the realm with his aggressive manner and faith in God.

“God helped him” (v. 7) and victory after victory became his. Fame followed “and his name spread abroad…he strengthened himself exceedingly” (v. 8). He built great defenses, dug wells, planted vineyards, trained and equipped a fighting force second to none, and developed the resources of the kingdom to an amazing degree. “For he was marvelously helped, till he was strong” (II Chronicles 26:15). For fifty-two long and illustrious years he ruled Judah. Achievement followed achievement. He was strong! But here is where the flaw emerged. If only there had been nothing to mar that record. If only…!

“But when he was strong, his heart was lifted up to his destruction: for he transgressed against the Lord his God, and went into the temple of the Lord to burn incense upon the altar of incense” (v. 16). As a star burns itself out when it forsakes its assigned orbit, Uzziah destroyed himself. He overstepped his divinely appointed role. A king—the strongest of kings—was not authorized to do the work of a priest!

His fatal flaw emerged at the peak of his power. He equated his success with license to “do his own thing.” His heart was lifted up with pride when he was strong! “Success” proved to be his key to failure. While he was growing his flaw did not become apparent. It was “when he was strong” that he became weak!

The lesson should not be lost on us. We must realize that it would be as wrong for a priest to assume the role of a king as for a king to attempt to function as a priest. The spiritual leader who experiences any degree of success must resist the tendency toward the kingly role. Cornelius, an honest, sincere person, met Peter, “and fell down at his feet, and worshipped him” (Acts 10:25). Peter restrained him and instructed him better. Paul had to also refuse the efforts of those who wished to deify him (Acts 14:11-18; 28:5,6).

While this form of adulation is perhaps rare, there is a more insidious type. This is found in those who worship any form of “success.” When an achiever accomplishes something discernibly worthwhile, there is always a segment of people who take his every utterance to be divinely inspired. Such a climate can cause a novice to be lifted up with pride (I Timothy 3:6).

Paradox of paradoxes! Weakened by strength! Failure because of success! Destroyed by the very thing that lifts one up. Why is it so?

Perhaps this can never be answered, but we can learn to avoid the wiles of the tempter. We can continue to grow by refusing to compare ourselves with ourselves, for such is not wise (II Corinthians 10:12). We can realize that “success” in one area does not crown us with authority over another. Moreover, we can recognize the fact that perceived “success” may actually be the most tragic form of failure. In short, we can walk humbly before God, honor all men, and love the brotherhood—esteeming each better than ourselves.

Uzziah’s fatal flaw has destroyed too many great men—men who could have been greater had they remained in their divinely-appointed role! May we learn…and live.

This article “Uzziah’s Fatal Flaw” by E. L. Holley was excerpted from: The Best of E. L. Holley compiled by J. R. Ensey. Advanced Ministries 1997. It may be used for study & research purposes only.