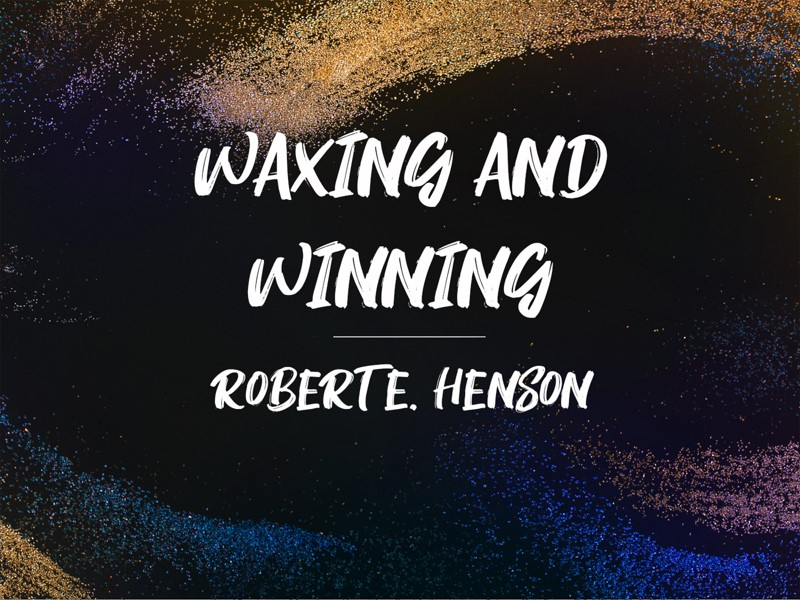 Here and now it is imperative that we focus on the word valiant. It means possessing valor, courageous, bold, and brave. These heroes of faith waxed valiant in fight. They were persons of valor. They were courageous. They were bold. They were brave. In other words, they were not cowards and quitters.

Who through faith …waxed valiant in fight, turned to flight the armies of the aliens.

Two of the victories in this biblical list will be the focus of this chapter; namely, “waxed valiant in fight, turned to flight the armies of the aliens,” or as I choose to call it, “Waxing and Winning.”

The Bible speaks of those who waxed valiant in fight. As a result, they turned to flight the armies of the aliens.

At times, this conflict is just a tension that you feel or a test of wills. At other times, the conflict boils over into a fight; it even sometimes rages into a battle of the wills and all out war.

You can wax and win! You can become a World Changer!

Let’s take a closer look at these two biblical phrases. First of all, the biblical writer says that there are some people in God’s “Hail of Faith” who are there because they “waxed valiant in fight.” Notice the word fight. They didn’t wax valiant while partying or in some leisure exercise. They waxed valiant in light.

The word for fight in the Greek can be used for either single, hand-to-hand combat, or it can be used for large-scale war. Whichever it was, these people of faith are noted to have waxed valiant in the struggle.