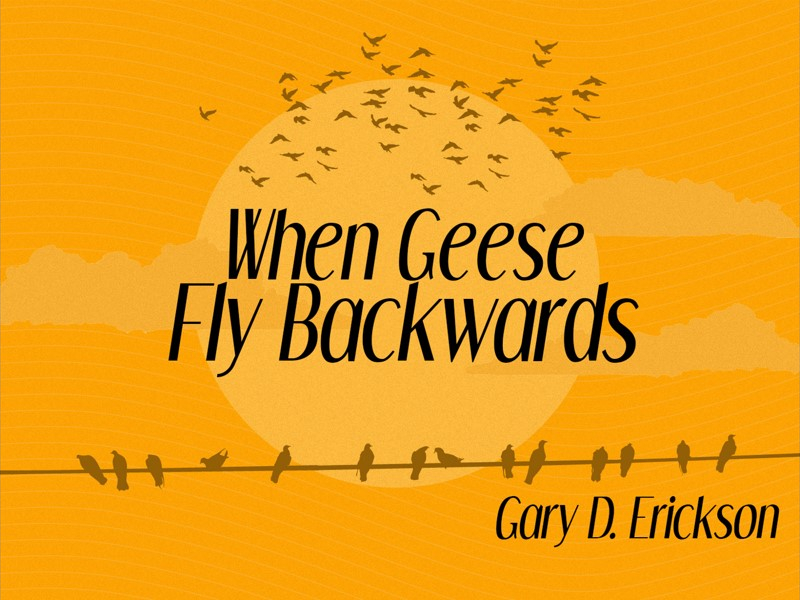 Criticism can damage our self-esteem and make us feel unloved and unappreciated. It is best to correct our error and move on. Tom Pryor said, “Sometimes I feel critics are like needles in a balloon fac­tory, simply looking for an opportunity to ‘pop’ my proj­ect, ‘blow away’ new ideas or ‘deflate’ recent accomplishments.” If we dwell on the negative, it will take a destructive toll on our outlook.

Two thousand years ago, the prosperous Han Dynasty ruled ancient China. This dynasty is viewed by many to be the greatest period in Chinese history. Chinese scholars compiled a series of writings called the Twenty-one His­tories, which is an official biography of each dynasty including stories, statistics, war chronicles, and so forth. In a chapter called “Unusual Events,” there are descrip­tions of earthquakes, floods, and other natural occur­rences. In addition to these normal phenomena are bizarre manifestations such as geese flying backward, two-headed sheep, stars suddenly appearing in different parts of the sky and so on. The natural disasters can be verified, but what could these weird insertions mean?

The Chinese emperor was considered the center of the universe and a force of nature. Everything in the universe revolved around him and his decisions. To criticize the emperor was equivalent to criticizing divine order. No min­ister or courtier dared to question the emperor. Since the emperor was a fallible human being, errors in judgment naturally occurred from time to time. Inserting sightings of strange phenomena into the court chronicle was the only way to warn the lofty leader. When the emperor would read that geese were flying backward and the moon was out of orbit, he would realize he was being cautioned by nature to correct his course.

The Han emperors must have lived under extreme pressure attempting to lead the empire with flawless pre­cision. Not allowing criticism may have been a comfort­able arrangement to some degree, but it forced the scribes to lie in the chronicle to correct their king. These lies are left for our amusement.

This story illustrates that avoiding criticism may not be as ideal as we might think. We must face it—everything we do in life will be subject to criticism. On the other hand, if we do nothing, we will be criticized for being lazy and nonproductive. Therefore, criticism is inevitable. The higher up the ladder of success we go, the more we become a target for the critic. Criticism is difficult to han­dle, and listening to the negative remarks of others goes against our nature. When we are blasted with criticism, we might feel as unnatural as a goose flying backward! It is only natural to avoid painful feedback from others, especially the negative kind. We prefer to assume that things are great and that we are pleasing everyone. Although we clearly understand that we are not perfect, it is fun to think we might be! Of course, this thinking is dis­honest, will prevent positive change, and will lead to seri­ous disappointment. Accepting criticism and responding to it in a positive way can be a valuable asset.

Even though Jesus was perfect and all of His decisions were the right ones, He was severely criticized. He was called a wine bibber, a blasphemer, a law breaker, and was accused of being unpatriotic. He was finally executed for being a man who made Himself God. Apostle Paul was subjected to perpetual criticism and much of it came from the church he was trying to build and support. He was crit­icized for associating with Gentiles, mishandling money, being a spy, being a trouble-maker, and disrespecting Jew­ish traditions. Being able to handle criticism is a mark of emotional intelligence and maturity.